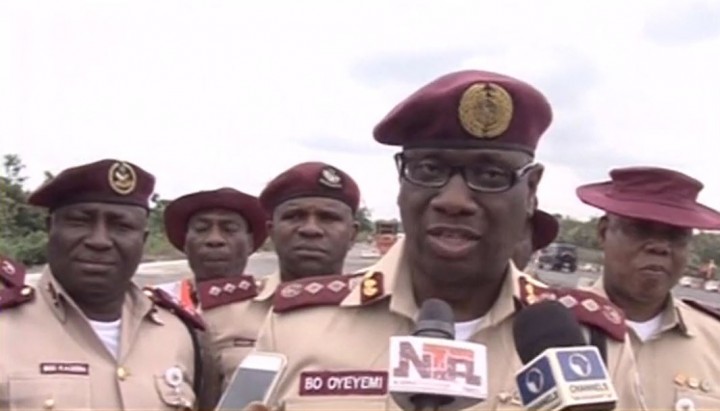 The Corps Marshal, Mr Boboye Oyeyemi, disclosed this at a meeting with Transport Stakeholders in Abuja.

Oyeyemi, who said that the meeting was aimed at addressing sundry issues affecting the transport sector, especially as it related to articulated vehicles, described the loss as ”unpleasant story.”

“This is not a pleasant story; it is a serious matter and loss to the economy; this gory tale is not the best for the country,” he said.

He decried that over 90 per cent of tankers and trailers were over 30 years old, saying that maintenance was a serious matter that needed to be addressed.

“It costs about N50 million to buy a new head for a tanker excluding the body, while registration and insurance would cost about N60 million to put a tanker or trailer on the highway,” he said.

The Corps Marshal also said that the damages caused by the articulated vehicles affected roads and the environment and was a major loss.

”As of today, 90 per cent of mobility is on the road because of the vandalisation of pipelines.

”The petroleum products and other products are moved from the seaports to the interlands,” he said.

While calling for decisive actions to tackle the problem, Oyeyemi appreciated the effort of the Federal Government for rail transportation.

Mr Kassim Bataiya, President National Association of Road Transport Owners (NARTO), said that accidents involving tankers was disheartening and was a great loss to the economy.

He said Nigeria has had no transport policy for the past 30 years to guide the conduct and behaviour of drivers.

Bataiya urged the corps to involve the legislature and Judiciary in such stakeholders’ meeting to ensure that drivers who caused road crashes were punished.

“We need the Judiciary. Why there are crashes is because there is no punishment. We need offenders to be punished to serve as deterrence to others,” he said.

He also called for Private-Public Partnership for construction of roads across the country.

He decried that 75 per cent of tanker crashes occurred at night, saying that the union would do its best to check the trend.