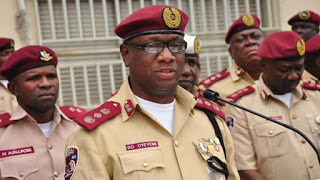 The Ogun Command of Federal Road Safety Corps ( FRSC ) on Thursday said its target for 2019 was to make highways in the state, the safest in the country.

According to him, the command would work with drivers to ensure compliance to all road traffic rules and regulations, as doing so would drastically cut down crashes on the roads.

“The FRSC also hope to see motorists maintaining their vehicles before putting them on road and show compassion to other road users to ensure sanity on the roads,” he said.

Oladele noted that the Federal Government was trying its best to ensure that highways across the country are safer for motorists, and urged drivers to also comply with traffic rules.

The sector commander said the corps would also intensify efforts in ensuring that commercial drivers yet to fix the speed limit device do so, before its enforcement on private vehicles.

“The importance of speed limit devices cannot be overemphasized because it checks the excesses of drivers and reduce crashes.”