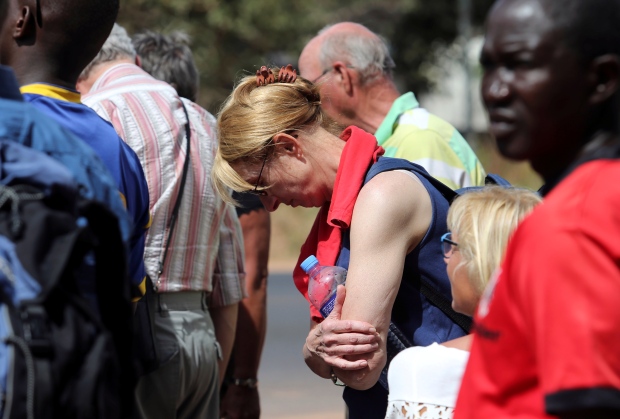 Ahead of today’s inauguration of President-elect of  Gambia, Adama Barrow, Gambians are fleeing the country out of fear of uncertainty whether the incumbent President, Yahya Jammeh, who lost to the opposition leader, will peacefully hand over power.

Jammeh’s tenure as President expires today and Barrow who is currently in Senegal is determined to go ahead with his inauguration slated for today.

Against the backdrop of Jammeh’s refusal to step down, Aljazeera quoted the spokesperson of Barrow, Halifa Sallah as saying should Jammeh refuse to step down, “the inauguration would take place at the Gambian embassy in Dakar.”

However, the country’s parliament had on Wednesday backed Jammeh’s stay in office by extending his tenure by three months.‎

In a video by the report, one of the fleeing Gambians frowned at the political impasse in the country, saying they want peace.

She said, “We Gambians are tired of the suffering.

We want peace, we don’t have any option but to flee to Senegal.”

Gambia’s president-elect to be sworn in as people flee the country amid political uncertainty was last modified: January 19th, 2017 by Reporter