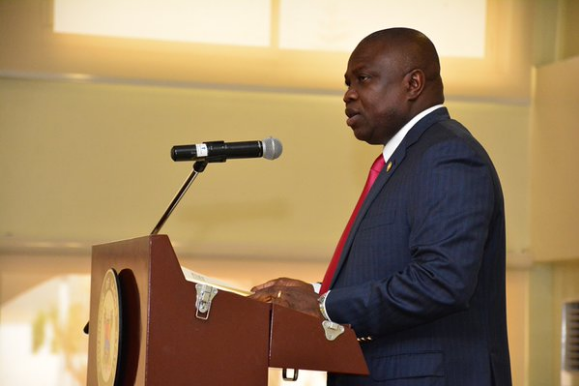 The Lagos state Governor, Mr. Akinwunmi Ambode has signed a bill into law stipulating death penalty for kidnappers, whose victims die in their custody and life imprisonment for act of kidnapping.

According to Vanguard, The State House of Assembly had on 5 January, 2017 passed the Bill for a Law to Provide for the Prohibition of the Act of Kidnapping and other Connected Purposes, specifying death and life imprisonment penalties for kidnappers.

The governor said that the law was enacted to address key issues bordering on security and added that kidnapping had become a major threat to the safety of residents and, therefore, required decisive action by the government.

“What we are doing in respect of kidnapping is in good spirit so that we can eradicate it complete from Lagos.”

“This law imposes a penalty of life imprisonment for kidnapping for ransom.

“The law stipulates that, where a victim dies in the course of kidnapping, the suspect is liable on conviction to death.

“Security is of utmost importance to our administration, and we are confident that this law will serve as a deterrent to anybody, who may desire to engage in this wicked act within the boundaries of Lagos State.

“Our justice system will be required to execute this law in absolute and make sure that any criminal caught faces the full wrath of the law,”

The Speaker of the Lagos State House of Assembly, Hon. Mudashiru Obasa, said the signing of the bills into law by the Governor was a clear testimony of the commitment of the State Government to the security of citizens and sports development.

Governor Ambode Signs Into Law, Life Imprisonment Or Death Penalty For Offence Of Kidnap was last modified: June 21st, 2017 by Arinze Ago