Historic Chieftaincy Conferment as Atobaase of Yorubaland is Celebrated and Recognised 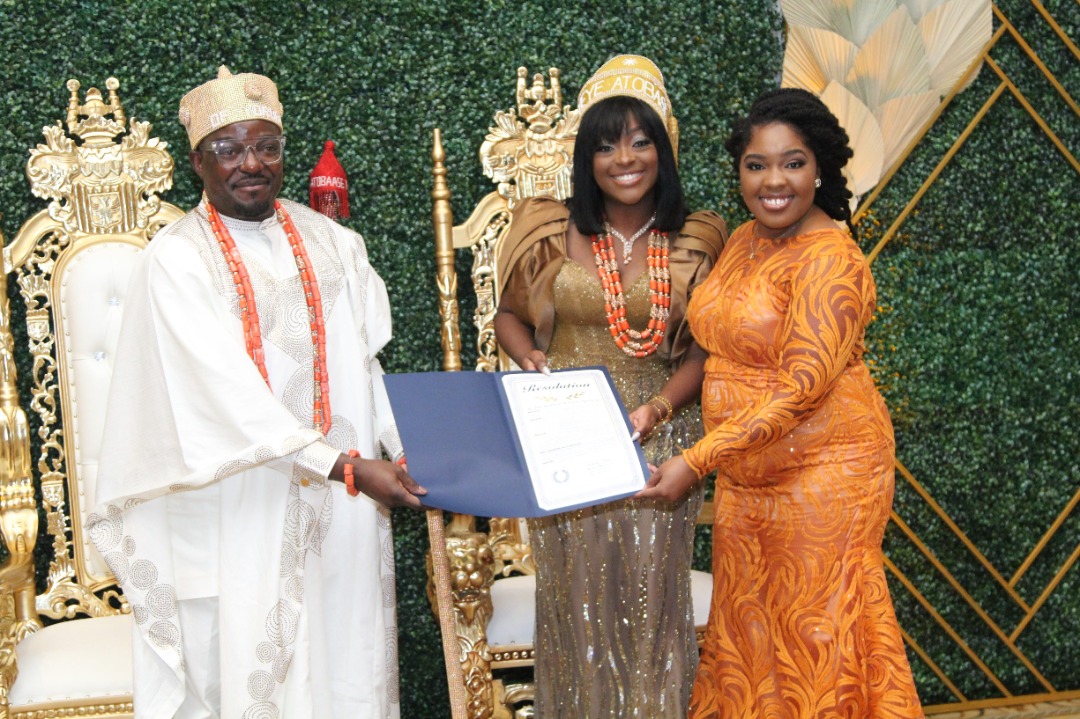 By US Representative Sheila Jackson Lee And The City of Houston

It was all pomp and pageantry at The Royal Oaks Country Club Houston for His Majesty Dr. Babajide Agunbiade and wife, Her Majesty, Mrs. Olufunke Agunbiade, to celebrate their recent conferment as Atobaase and Yeye Atobaase of Yorubaland

An intimate crowd came together on Friday, November 12th, at the banquet hall of the prestigious Royal Oaks Country Club, Houston, to celebrate one of the world’s leading offshore production experts, Dr. Babajide Agunbiade, FNSE, and wife, Entrepreneur Mrs. Funke Agunbiade, who were both recently conferred with the title of; His Majesty Atobaase and Her Majesty Yeye Atobaase of Yorubaland in Oyo State, Nigeria by His Imperial Majesty, Oba (Dr) Lamidi Olayiwola Atanda Adeyemi III, Iku Baba Yeye, Alaafin of Oyo. The crowd was filled with family members, friends, Nigerian representatives of local businesses, top Oil and Gas executives, nonprofits, educational institutions, as well as musicians, and Houston city officials.

Houston is the highest populated city of Nigerians in the United States. As a resident and community leader in Houston, Dr. Babajide Agunbiade understands the importance of his new role and the responsibility that comes with it. This is why it was vital for the Nigerian community in Houston to host him and showcase him as the focal point of Nigerians with Yoruba heritage in the US. In his role as Atobaase of Yorubaland, he doubles as Ambassador of His Imperial Majesty, Alaafin of Oyo, in all Yoruba communities globally.

The event, planned by Chioma Nwogu of Dure events featured music by Dele Thomas and a dance performance by MV Productions.

One of the many highlights of the evening was the US Congressional proclamation from Congresswoman Sheila Jackson Lee marking November 12th as “Atobasse Dr. Bbabjide Aguinbiade and Yeye Atobasse of Yorubaland Day in Texas’s 18th congressional district!” Sheila Jackson Lee and the City of Houston describe Atobasse Dr. Babajide Aguinbiade and his wife, Yeye Atobasse Funke Aguinbiade, as “strong pillars in Houston and Nigerians who have dedicated efforts to giving back to marginalized communities and have played integral roles in several social movements internationally.” She thanks them for their worthwhile efforts to enrich the city of Houston through mentorship, community development, educational scholarships, and international recognition.

The Houston homecoming celebration took place at The Royal Oaks Country Club. It was hosted by close friends and family who could not attend the chieftaincy conferment in Nigeria due to covid restrictions.

Historic Chieftaincy Conferment as Atobaase of Yorubaland is Celebrated and Recognised was last modified: November 26th, 2021 by Reporter