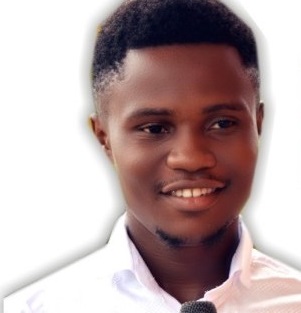 Ogar Emmanuel Ekuri is an upcoming comedian who has a very clear idea of where he’s headed. And he knows exactly what he has to do to get there. The fresh graduate of Computer Science from the Fidei Polytechnic, Gboko, Benue state is currently one of the bright upcoming comedians.  And he is well on his way to making his break, having performed at some high profile events in front of mammoth audiences where he gave impressive account of himself. The young Ogar Emmanuel recently spoke to City People’s Senior Editor, WALE LAWAL about his plans to get on the big stage and why Akpororo is his biggest influence in comedy till date. Below are excerpts of the interview.

How did the passion for comedy start for you?

Naturally, I’ve always been known to be a funny character. People always say I have that streak of humour in me, but I never thought of making comedy a career or profession. Though, I have been acting for a while now, that’s something I grew up in. But in 2016, I thought comedy came like a calling. In 2016, that was my final year in the university, I needed to know what I would be doing after school. I reached out to God and that was when He spoke to me on June 2nd, 2016. He said, ‘go into comedy’ and from there, the inspiration about comedy started coming to me. And from that moment to June, 2016, I have been into comedy.

Which events have you performed at?

I have performed at a handful of events, like that of the church at Benue State, Gboko, at our Winners Campus Fellowship, it’ was a big event. The Living Faith Church, Ogoja, Cross-River State, I have performed there too, and they are really big churches. In Ogun State, I performed at the stadium and even at an Awards night. I also emcee events. The last MC job I did was at a wedding that took place early last year, May 26th. And just recently too I again performed at Living Faith Church, Ogoja. That was my last performance.

It’s like you’ve been operating largely within the church community, is there a reason for that? Is it that you do not want to bust onto the big stage yet?

No, not really, it’s just that the church has been the organisation giving me platforms for now. And besides, like I said earlier, I grew up from a religious family. All my life, I have been operating within the church. But right now, I am expanding and trying to broaden my horizon. As a matter of fact, that is why I came down to Lagos, to really explore opportunities and maximise my potential. I’m not doing stand-up comedy alone, I also do what I call write up comedy. You have so many people doing that online. I do write-up comedy, but I’m still working on it, I have not started yet. I also shoot skits. So, that’s why I’m here in Lagos, to establish myself and expand as well.

Who are some of the top comedians who have influenced you?

I have a lot of comedians who have really influenced me, but there’s one person I have taken as a mentor, and that’s Akpororo. I have a feeling that, somehow, my sky relates his own. He doesn’t know this yet, but I’ve been following him since I started . He has really influenced me with his kind of jokes. I equally love Kenny Black too, I love the way he does his thing. Same with Ali Baba, the king of comedy, AY, Basket Mouth and the rest, I’ve really followed them and read a lot about their biographies They have all influenced me, but Akpororo is my mentor as far as comedy is concerned. We have met once before, but  I didn’t really speak in that regard. It was at a street praise, we were just there together singing and I couldn’t have a meaningful discussion with him.

Apart from Akpororo, who are the other mentors that have had enormous influence in your life?

Yes, I have so many mentors. Apart from my mothers, I call them mothers because I am actually the only man born by two women. Yes, I have a physical mother and a spiritual mother, I can’t really go into all of that right now, perhaps some other time. So, apart from my mothers who have been my mentors from birth, I have other mentors. Bishop David Oyedepo has been my mentor from birth, in fact, right from when I was a child. Same with Bishop David Abioye, he’s been a great mentor to me. Frank Edward has also been another mentor of mine for a long time now. He doesn’t know me and I’ve never met him, but I’ve been following him keenly. Whenever I hear his songs, he gives me a lot of inspiration. In fact, people come to me to get Frank Edward’s songs, to tell you how serious it is. Another mentor I have is Mr. Joseph Shubiyo, he’s from Kogi State. We’re so close and I tell him about any step or decision I want to take.

I’m wondering, why comedy? You just graduated with a whole lot of prospects ahead for you, why not any of the lucrative professional careers available?

Well, I chose comedy because that’s what God said I should come and do. He wants me to come and put smiles on people’s face, that’s why I’m really taking it serious, like my life depends on it.

Tell us a bit about yourself

Ogar Emmanuel Ekuri is from Cross- River State, from a family of 5. I am the second boy and 3rd child of my parents. I go by the stage name, Ekutex de Annointed, it’s a name derived from the church because, since my growing up years, I have always aligned myself with the church and allowed to be a part of everything I do. That’s the bit I can tell you about myself for now.

READ ALSO: IS YOUR WIG CAUSING YOUR SCALP ACNE?