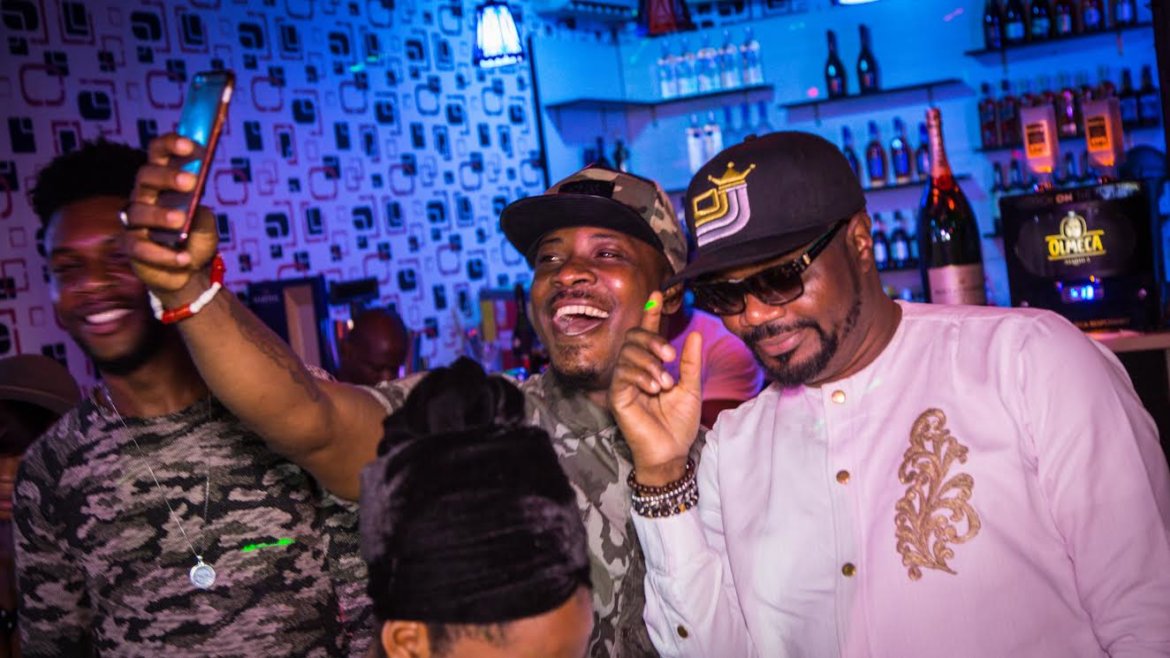 Every June 6 is always world Jaywon’s day. Popular music act, Jaywon decided to throw himself a big party this year with different celebrities coming out to hang out and celebrate his new age with him as he has been able to achieve a whole lot in the past years. The party was a mouthwatering party, a night full of fun. The party was tagged Gemini Drip with Jaywon, it was really a drippy party because it had all the drippy features, from the celebrities to the fans that turned up for him.

It was supposed to be just a birthday party but he also launched his new song Aje Remix in which he featured Lyta and Barry Jhay two young stars that have wonderful and inspirational lyrics and are able to communicate with his fans with their music. Everywhere was filled to the brim such that there was even no space for people to come.  Most people had to wait outside and feel the vibes of the event from there. If you upset this event don’t get upset because we bring you a blow-by-blow account of what went down at the event.

Jaywon arrived his party looking all cute and ready for the day. There were so many press men that welcomed him and his fans wishing him happy birthday. He had few interviews with the press guys before he went inside to thank his fans for turning up to celebrate with him.

He also said that it was not just his birthday but he was also premiering his new song in which he featured Lyta and Barry Jhay titled Aje remix. He earlier this year dropped Aje and he went on to drop a remix with this two hot fast rising acts with good lyrics to give out to fans. Immediately he dropped the mic the Mc took over and also welcomed him once again and asked his fans to wish him a happy birthday.

Lawal Raheem who is popularly known as Lyta stormed the event looking like a full bag of money. So many people were happy to see that he looked healthy and sounded after he had some issues with his ex-boss and was down for a while. They all rushed to take pictures and make videos him as to show the world how happy there were to see that he was doing well.

When I say Bob you say Risky, Bobrisky thrilled his fans with his appearance as she/he is one of the hottest things in Nigeria industry making news from Monday to Friday with different endorsement deals and also bringing up new stuffs. You just needed to see the way his/her lovers were all around him making videos and asking for pictures. He/she happens to be a very nice person from the way he gave ears to his fans that came around to tell her how much they admire her on screen and Instagram. She was all dressed and looking like a million bucks, he gave his fans some of his wonderful dance steps.

Ichaba who happens to be one of DMW big boys stormed the event to support his friend Jaywon.  His fans were all surprised to see him as he his usually seen abroad but he made out time to turn up for a friend which shows how much he cares about Jaywon. He was seen vibing to all the hot jams dropped by the DJ because the DJ didn’t waste time he was dropping all the trending songs.

Mr. 2kay turns up for Jaywon

Mr. 2kay the Lagos, PH big boy also came out to support a brother. Looks like he came with his best friend Etinosa but we can’t say because these two are so close that when Etin was having some issues on Instagram he slammed everyone that was against her. Mr. 2kay was looking good as usual, he never slows down his fashion style as he is a lover of luxury wears. He also gave is fans some of his dance steps.

Etinosa who happens to be a social media influencer and a film maker also came out to support her friend Jaywon as she was all dressed looking very beautiful and attractive. Her fans screamed so loud when they saw her dance because they never knew she was such of a good dancer. She gave light to Jay’s party, her fans were super excited to see her around, took pictures and made videos of her as she assure them that with her there can’t be a dull moment.

Enough to drink at the event

We bet no one can brag of not eating to satisfaction at the event because it was a night filled with fun and food. The drinks were also more than enough for everyone. There were no struggles to be served food as it is usually seen in other parties, Jaywon made sure this didn’t happen at his event as he had people who took care of that for him. He was really concerned about all his guests’ wellbeing.

Jaywon who is loved by all had the top Lagos big boys and big babes comes out to support and celebrate with him. They didn’t just come out bearing Lagos big boys but they showed what they mean when they are called Lagos big boys as they popped bottles of exotic drinks.  Even though the was already enough to eat and drink they still ordered for drinks to show how much they care, as the Mc was giving shout outs to them and the DJ was also playing songs that made them want to spend more.