Home News How I Battled Skin Cancer For 6 Months In The US – Ex-RIVERS PMAN Chairman, Lady IBITORU GREEN
News

How I Battled Skin Cancer For 6 Months In The US – Ex-RIVERS PMAN Chairman, Lady IBITORU GREEN 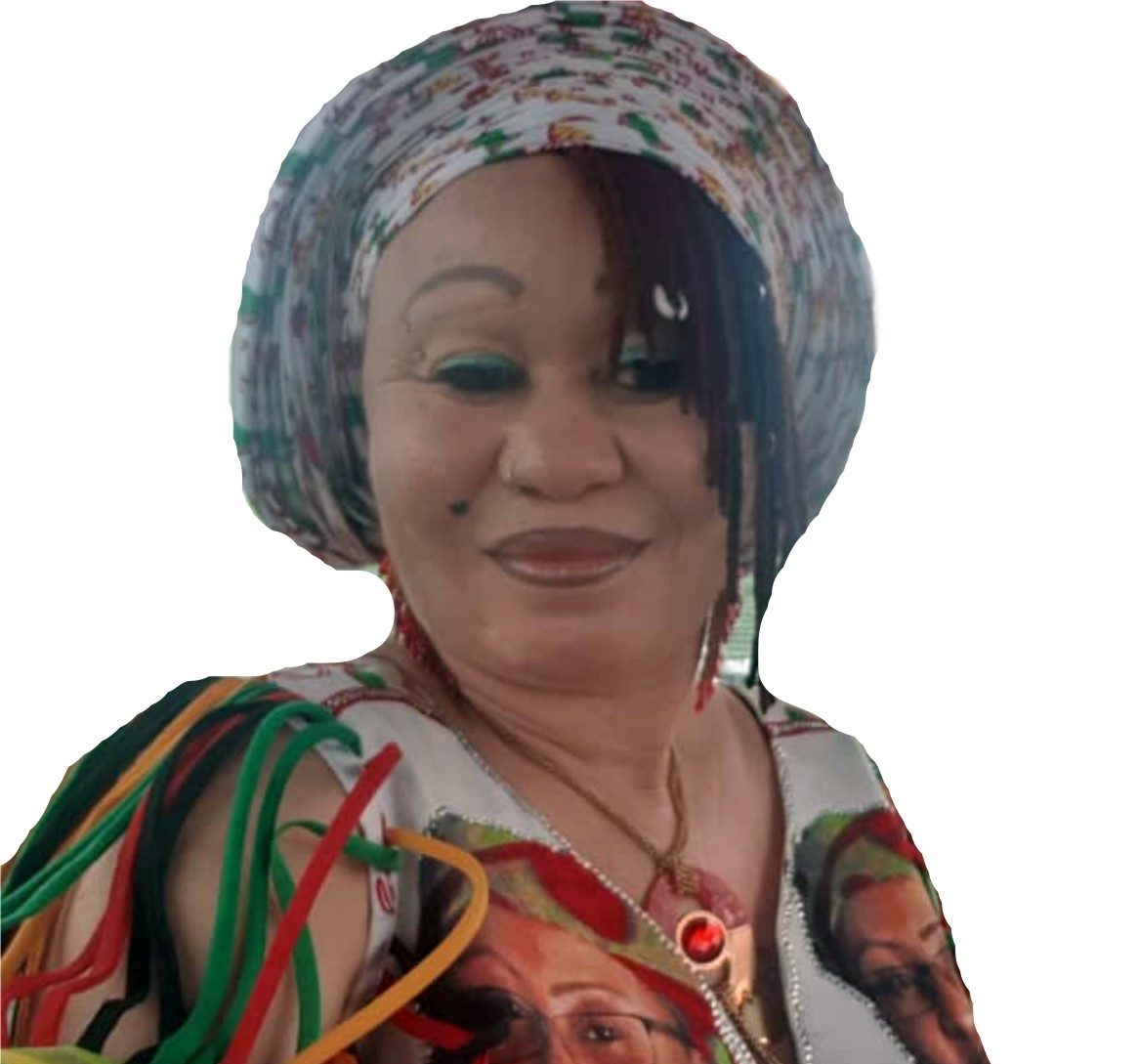 This albino born Grand Bonny Island, Rivers musician is your everyday lady who is vocal, focused and well-groomed in her trade, having been brought up by late Geraldo Pino, the Sierra Leone music maestro who was based in Nigeria. She had her showbiz business blossoming until she was diagnosed with Skin Cancer few years ago and by mid-2019 she visited California in United states of America-USA for treatment which enabled her to get first-class medical remedy and she quickly recovered and got back to her showbiz trade. On the eve of Saint Valentine’s day on February 14th, 2020 Lady Ib returned home after 6-months in the USA.

On Tuesday, 10th of March, 2020 she spoke to City People magazine Port Harcourt Bureau Chief, EMEKA AMAEFULA during which she narrated her ordeal which treating skin cancer. She revealed how she was abandoned by her professional colleagues in the music industry, Performing Musicians Association of Nigeria-PMAN who never assisted her both in words and in cash throughout her anguishing days in the hospitals in Nigeria and in the United States of America. Excerpts

For some time now you have been out of Nigeria, where have you been to all these while?

I have been to the United States of America USA California to be precise. I went there for surgery and it was about my skin cancer. I thought it was a minor one because I was working on my new musical album and I said okay let me go and take off the problem I was having on my face the skin cancer but when I got to California USA thinking that I will spend a month or weeks and I will be back unfortunately when I got there they even thought it was minor cancer but when they opened my head they found out that it has spread to other parts of my body and that is the beginning of my problem as from one month I stayed for six months.

How did you receive the news from your Oncologist that you had Skin cancer?

It was also a surprise to them as my eyes were opened they thought that it was going to be a one-hour surgery but it ended up being a 24-hour surgery from 9 am to 9 pm for 2 days as the surgeons were cutting and cutting off everything from a small wound to what you are seeing right now (opened and showed her surgery scars to the reporter for emphasis). As for me, it wasn’t a surprise to me because I have seen a lot of pains in my life before that I have done four major surgeries in Nigeria.

Were they on the same problem or something else?

The surgeries you went through in the USA and the ones you had in Nigeria, what are the differences?

They are not the same in terms of equipment and care…in fact no comparison. In fact, the love the health workers in the USA give to patients will even cure you.

The high cost of expenses being charged Cancer patients for treatment is among the cause of the high rate of deaths being recorded, in your own case how was it?

I will never forget a name like the Current Minister of Transportation Rt. Honourable His Excellency Chibuike Rotimi Amaechi, God will bless him, Dr Adol Dakuku Peterside ex NIMASA DG, Aunt Nene the love of my life, aunt Toru Ofili, Ms Data Amachree, especially Data Amachree, Jake Epelle National President of the Albino Foundation for People with Albinism, Dr Sam Sam  Jaja, Crown Prince of Kalabari kingdom Prince Engineer Tonye Princewill, Mr Nelson who works with Senate of Federal Republic of Nigeria Abuja, Mrs Ibiba Omotoso nee Inko Tariah, All Progressives Congress-APC Women who contributed, Honourable Engineer Victoria Nyeche ex-member Rivers State House of Assembly and aspirant Federal House of Representatives Abuja in 2019, Honourable Mrs Aleruchi Cookey Gam ex-Commissioner for Justice and Attorney General of Rivers State during Dr Peter Odili’s tenure, in fact so many who stood for me. They all stood by me for the medical bills…God will bless them. But to be honest, entertainers in Rivers State disappointed me. Not one, when I was soliciting for help when there was pressure, not one musician came out and said okay let us contribute as a former Chairman of Performing Musicians Association of Nigeria –PMAN Rivers State Chapter who is our mama in Music Lady IB that’s me …I am a mother in the music industry as far as Rivers State is concerned not even one thousand naira was contributed. If I didn’t know all the Amaechis and all the rest what could have happened to me? For entertainers in Rivers State, it is too sad. It is only when you die they will contribute to the buying of casket.

Did you inform the Governor of the state His Excellency Nyesom Ezenwo Wike for financial assistance?

I sent him a text message and he did nothing and I saw him reading the message online. He was online.

Did you send a Letter of Appeal for surgery treatment abroad as a former PMAN Chairman in Rivers state?.

That is one thing that I hate …process and process I was in the United States of America on medical emergency how can I send him a letter under such condition but I sent him an SMS text message and he did nothing till today. Also, I won’t forget Dr Chris Onyirinda Amadi former Executive Director Finance, Administration of Niger Delta Development Commission-NDDC who bought me the air ticket that I used in travelling to the United States of America –USA. Also Mrs Soty Fulton owner of Tuby Jug outfit in Port Harcourt she stood by me. In fact, I can’t mention all the names of the people who contributed for me to be healed of my skin cancer surgery in the USA.

After 6-months in the USA you are back to Nigeria, how about your continuation of Chemotherapy treatment?

Chemotherapy took off all my hair, it is painful a little but out of 10 per cent pains, I will say I had 2 per cent of it as I could manage the pains but it is the aftermath of it as you can see that my hair is gone, my eyelashes are all gone.

Let us talk about your National PMAN did you alert them about your predicament?

Let us talk about the entertainment industry briefly, are you back to showbiz?

Yes, I am back as that is what I do for a living. Yea, I am back to show business, nothing will take it away from me. I am back in full swing.

What are you telling your fans out there to expect from you now that you’re back to showbiz?

In the forthcoming album do you have any collaboration with any popular artiste?

I was about to do that before what happened …happened and for now not yet.

When are we expecting this new musical album?

Just for now I can’t say anything.

Now the music industry is a multi-billion dollar earning industry…how does this affect the well-being of musicians in Rivers state?

How can they earn much when all they do is envying each other and betraying each other. For example, somebody will call me and say I want you to come and play a show for me and that I will pay you say N100 and the next thing is somebody will go behind and say “don’t mind her I can do it for N50″, that is the Rivers State showbiz that we are in, the entertainment industry is backbiting each other.

Most musicians from Port Harcourt when they relocate to Lagos they usually blow economically and career-wise, why haven’t you relocated?

I don’t believe in that did Duncan Mighty move to Lagos to blow? He started blowing from here in Port Harcourt before he went to Lagos. Burna Boy started blowing here before he went to Lagos. All of them blew from here before they went to Lagos. Must I go to Lagos? Except you don’t believe in what you are doing. There is a lot of so-called recorded artiste but the money I earn they don’t earn it. That is the truth as I have been there for the past 34 years. Is my house not looking good? With 3 cars in my garage.

Let us talk about your relationship with Muma Gee, are you still talking with each other?

Yes, we talk and we communicated even when I was in the United States of America.  Muma Gee communicated with me she even called to say sorry. Most artistes here didn’t do that.

After you dragged the PMAN Rivers state Chairmanship seat with her, you are still in close contact?

We never quarrelled for one day Muma Gee no matter anything she never stands to quarrel with me that is one thing I love about Muma Gee. If I attack her, Muma Gee will never reply me. For that I respect her. Muma Gee despite everything will never challenge me and for that I respect her. She can reply any other person but as for me, Muma Gee has never insulted me in my presence…oh no she has never. That was the reason why when she had marital problems I quickly sent her a message saying “Don’t give the media the chance to laugh or mock at your circumstances …don’t do that”. And by God’s grace, she listened as she never went again to the media to talk about her ex-husband. I don’t know if they have reconciled…I don’t know if they are back but she never talked about it again…Because they may settle any day, anytime.

How I Battled Skin Cancer For 6 Months In The US – Ex-RIVERS PMAN Chairman, Lady IBITORU GREEN was last modified: March 17th, 2020 by Emeka Amaefula