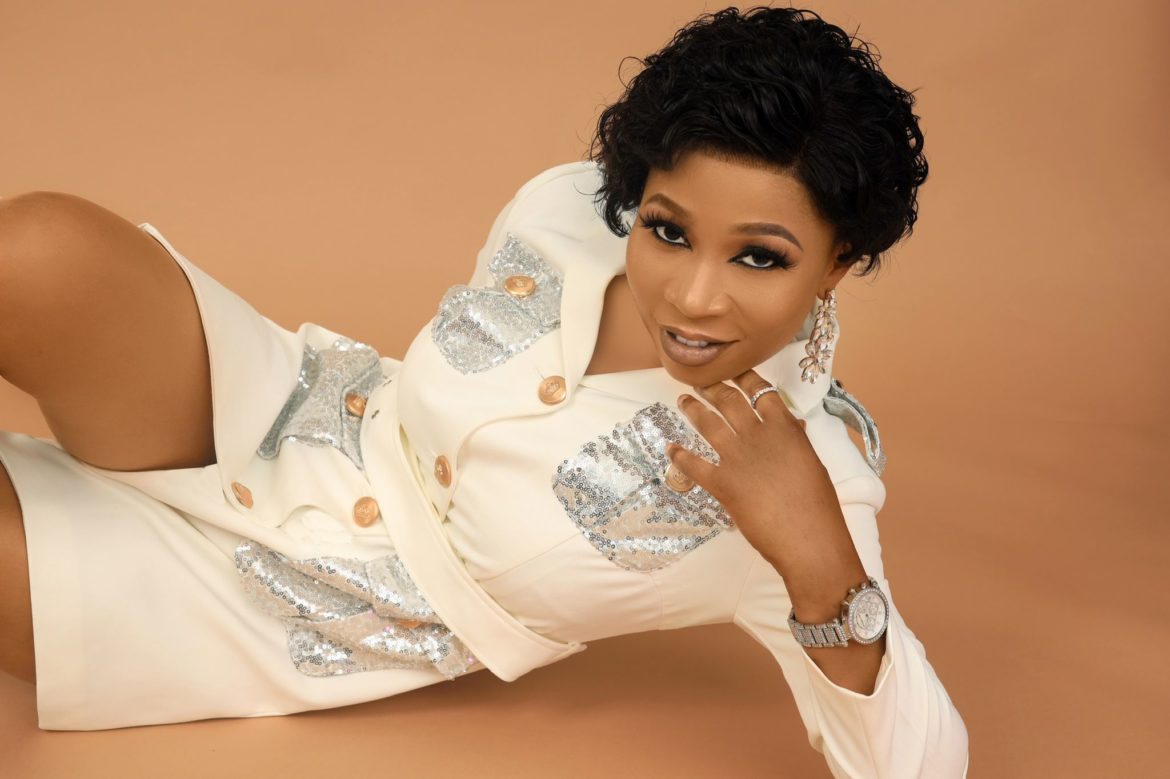 The delectable Actress Chelsea Cooker popularly known as Iya Ibadan is one actress One can’t help but admire.
Besides her talents, she is blessed with a very pretty look and her fashion sense is top-notch, always on point.
In this interview with City People, she talked about her journey into the entertainment industry, how taking part in Toyin Abraham’s challenge got her the nickname Iya Ibadan and how she has been able to sustain her brand so easily in a foreign land.

Please introduce yourself to us and what you do for a living.
I am Chelsea Wemimo Coker, {born August 12, 1984}, known by my comedic character Iyaibadan, a Canadian/Nigerian Actress, a comedienne, fashion icon, Beautician, and Executive film and Event producer, a Child and youth worker, and a businesswoman. Successfully Owning Panache Studios, Panache Clothings, Panachedolls Beauty & Spa, Panache Creative INC.

How did acting start for you?
I began acting professionally, and what really inspired that movement, was when I took up a contest held by Toyin Abraham, in a one-minute monologue competition, playing the character of Iyaibadan on Instagram, and was widely received by lots of people.

Thereafter, I ventured into acting and decided to take a Diploma in Acting for Camera and Voice over at Seneca college, Toronto Canada. I since then appeared in productions, where I acted alongside Korede Wealth Obasan, and Nosa Obaseki, in Nollywood movies shot here in Canada In. I ventured fully into Executively producing my own movies where I acted alongside Shaffy Bello, JIBOLA Dabo, TAIWO Obileye, Jide Kosoko, Lillian Esoro. Adedimeji LATEEF, and lots more, playing different characters. My first production was titled Culture, and I played the lead role as Tinuade Benson in 2018. In 2019, I played a lead role as Jadesola Smith in the movie titled LastCard , and in 2020 I produced another movie titled IceberG where I played a lead role as Bolatito Moore. I am currently working on another project right now thats yet to be released.

You have been acting now for how long?
I had been acting since my childhood but only professionally started in 2016.

Who are those actors you roll with abroad?
I am not much of an individual who loves to be in the spotlight always, hence I only hang with my own lil circle mostly.

How challenging has it been sustaining your interest in acting abroad?
To be honest I find it Easy sustaining my brand here in Canada, because i have created a niche for myself here at home. I must say it is indeed very challenging navigating myself in the motherland as I don’t belong to any clan.

How I got my nickname Iya Ibadan, Popular Actress Chelsea Wemimo Coker. was last modified: October 15th, 2021 by Reporter