How I Have Lived In LONDON For 25 Years – DAYO OLOMU 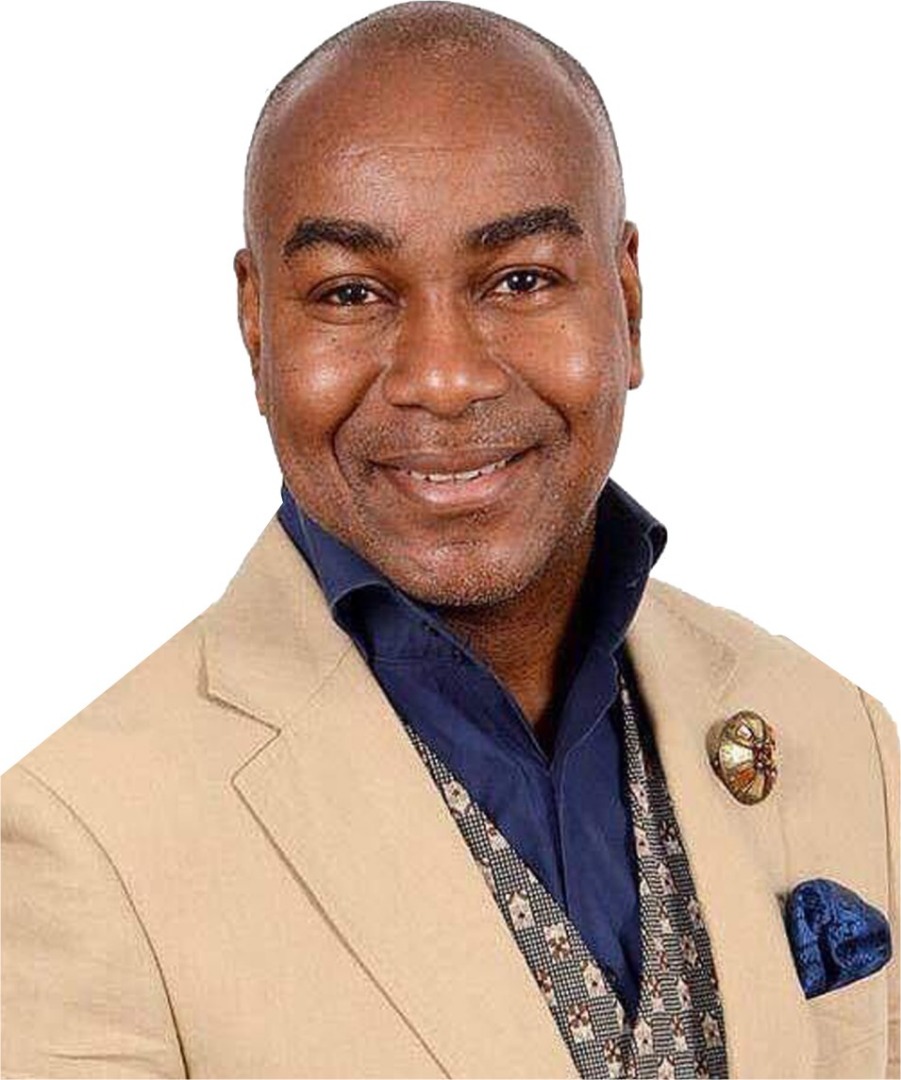 • Also Reveals How He Managed KWAM 1

MY STORY IN JOURNALISM, MUSIC PROMOTION, MANAGING K1 AND OTHERS

Mark Twain said, “The two most important days in our life is the day we were born and the day we discover the reason we were born”. When I was 15 years, I discovered that I was born to be in the entertainment industry, developing and promoting talents. I wanted TO BE KNOW in showbiz. I wanted to be the Promotions Manager of one of the three biggest record companies in Nigeria.

Because of my clarity of vision and knowing what I wanted to do, I started listening to RN2 (now Metro FM) and reading Punch on Saturday especially their entertainment page called Saturday Highlife. I joined Ladi Ayodeji Fans Club. He was then the entertainment editor of Saturday Highlife in Punch. He was also my first mentor in showbiz.

George Bernard Shaw once said: “the people who get on in this world are the people who get up and look for the circumstances they want, and if they can’t find them, make them.” I put this into practice by creating the circumstances I want.  In 1982 when I was 17 years old,   I gate-crashed into the launching of Tera Kota’s album Lamentation for Sodom, at Lords Club, Maryland, Lagos where I met the who ’s who in the entertainment industry. Since then I got hooked to the entertainment business.

I started out as an Artiste Manager in 1988. I managed a band called Jambo’s express.  By the time I approached Mr. Yemi Akeju, chairman of Ideas Communications, the PR Company that used to package the Nigeria Music Awards, I knew I was ready because I knew some things I need know about the entertainment industry.  You’ve got to start thinking of yourself in the future and see yourself there. After winning the award of the best new staff at Ideas Communication Limited, where I worked as the project coordinator in charge of concert in 1989 and I moved to DP Lekki where I was head, Media Relations in 1990. At the age of 26 in 1992, I became the promotions manager of Premier Music, promoting the musical works of the artistes on Premier label. Because of my skill in executing my job, within time, I became the most celebrated youngest promotions manager in Nigeria. I was the executive producer of Premier Prime Time presented by veteran broadcaster and a renowned journalist, Mr. Benson Idonije on OGBC-2, Abeokuta – a program which highlights and creates awareness for all artistes on Premier label and their latest efforts as it was being released into the market.  I was also involved in the packaging and promotions of big artistes like Ras Kimono, Oris Wiliki, Blacky, Evi Edna Ogholi, Alex O, Alex Zitto, Chief Osita Osadebe and his son Obiajulu Osadebe, Chris Mba, Sandoka and Dele Taiwo to mention a few. That was the break I needed. From then on, it became clear to me that I could achieve anything I set my mind to.

I resigned from Premier Music on 5 October 1992, to start my first business, DO & Associates, I said if I could do it for others I believe I could do it for myself. The outfit was involved in artiste management, music promotion, events packaging and media brokerage. DO & Associates which not only promoted and packaged KWAM 1, to the level that KWAM 1 who had never won a  music award, became won twelve awards within the three years including Artiste of the Year at the prestigious Nigerian Music Awards. As I  advanced further, he took steps which later became miles. Having successfully managed artiste, I delved into promoting shows. I organised the yearly Saint Florence Concert between 1993 and 1995, featuring big-time artistes like the late Afrobeat King Fela Anikulapo and Blacky.

I remembered being asked on the OGBC programme “Young & Gifted” a programme that spotlights young and successful achievers in the society in January 1993, I said, “Success should be measured not only in terms of material acquisition   but on the extent to which one has been able to achieve and contribute not only in his or her chosen profession but the society at large.” I said that I want to make a generation statement that Nigeria youths have want it takes to make things happen.”

JOURNEY INTO JOURNALISM IN UK -1997

I started my journalism career when Ovation started in 1996. I remember that I was one of the people that went out to sell Ovation on the street of London. To support Bob Dee I started writing. Then in 1997, I enrol at Morris College of Journalism to develop myself. I remember that I did the course by correspondence. I was excited when I saw my story on the cover in Ovation on January 25, 1997. That was the days when Ovation was doing more of features stories and not pictorial.

I was also a contributing editor/motivational columnist with Focus magazine (Nigeria’s 1st international society journal). In 2003 I started M&M Magazine, the first music and movie magazine with a CD on the cover. We later sold the business and focus on my calling.

Journey into Entertainment Industry in UK -1999

I was one of the eighteen expatriates who left London to organise the yearly Benson and Hedges Gold & Tones concert in 1999. I was the assistant stage manager and concert reviewer. In 2001 I co-produced and co-ordinated Queen Salawa Abeni’s first concert in the UK for Joyful Noise. The Guardian gave the concert, which took place at the Queen Elizabeth Hall of the London Royal Festival on July 18, 2001. I also promoted the debut, United Kingdom (UK) tours of two juju stars, Wale Thompson in 2001 and Dele Taiwo in 2002.

How has it been living in London for how many years now and you have made a huge success of your career?

It was very challenging at the initial stage. When I came to live in England in 1996, I was shocked to discover that a fraudster had already stolen my birth certificate and used it to obtain a National Insurance number and credit cards and even opened a bank account. The person even got married in my name. Everywhere I went, I was told somebody was using my identity.  At this point, the authorities could not identify the real ‘Dayo Olomu.’ I reached a stage where I wanted to give up and cry, raise the white flag of surrender and admit I couldn’t go on.  I reached such a depth I never knew existed. It was one of the greatest obstacles and setbacks I had to face as it nearly destroyed my goal; however, I was resolute not to lose focus.  I returned to college and also got a job as a postman to pay my bill.  Today the rest is history!

After I left university in 2003, I joined my local branch of Toastmasters International, the world’s premier self-improvement organisation, dedicated to improving leadership skills, self-confidence and communication through public speaking. Toastmasters International is the brainchild of an American Mid-Westerner named by Dr. Ralph C. Smedley.  In 2005 I was elected the president of my local toastmaster club in Croydon. As the founding president of Croydon Communicators Toastmaster, I lead the club to win the distinguished Toastmasters Award from Toastmasters International and personally bagged the competent Leader Award.  In 2006 I became an Advance Toastmaster and this involves giving advance speeches from the communications and leadership manual over a period of time and speaks in a focused and confident way, getting the message and key points across to a variety of audience.

The major challenge I face at the earlier stage of my career was my accent. Then I remember the words of my good friend, Thandi Haruperi, “I may speak with an accent but I don’t think with an accent”. From then on I started working on how to craft a good message. People like Kofi Annan inspire me a lot. I have come to realise that once we recognise our dominant gifts and build our lives around it, we seldom fail. Unfortunately, instead of focusing on our strengths, we listen to our critics and rehearse the qualities that discourage us the most. Successful people are common people who recognise the dominant gifts in themselves and others and put them to work.

I had my first outing at the Croydon Town Hall on September 6, 2004 and I would say that it was a very good eye opener for me. I have been privilege to speak at House of Commons, House of Lords and shared the stage with the legendary Les Brown at Westminster Hall in front of 2,000 people.

My core belief is that ‘within you lies the power to change your life because we are all endowed with the seeds of greatness.’ My personal mission is to give people a larger vision of themselves beyond their mental conditions and their current circumstances.  To help people achieve their full potentials.  I want to be a catalyst of hope and an agent of positive change.  We may not know what the future will bring, but we are responsible for what we bring to the future.  I am achieving this mission through my products, speaking, seminars, writing, training, mentoring, coaching, and through my television and later radio programmes.

My high-energy message is rooted largely in my personal experience, which I use to guide people on how to shed mediocrity and live up to their potential greatness.  My life has been the quintessential tale of struggle and overcoming adversity to attain self-actualisation.  I like to stimulate human potential and challenge people to new levels of achievement.

One word I do not use and believe in is – Failure.  There is no Failure in my dictionary.  Failure is only an individual’s own interpretation of a situation.  You do not fail; you only achieve something different from your initial aim.  To me, there is no such thing as failure.  It is simply a different result.  To obtain a different result, change the action that leads to it.

One of my seniors in the speaking industry, Mr Richie Dayo Johnson once told me that, ‘at the end of our lives, we do not regret the things we fail at but at the things we wish for but never attempted.’