Home News How I Learnt To Tie My Dramatic Geles
News 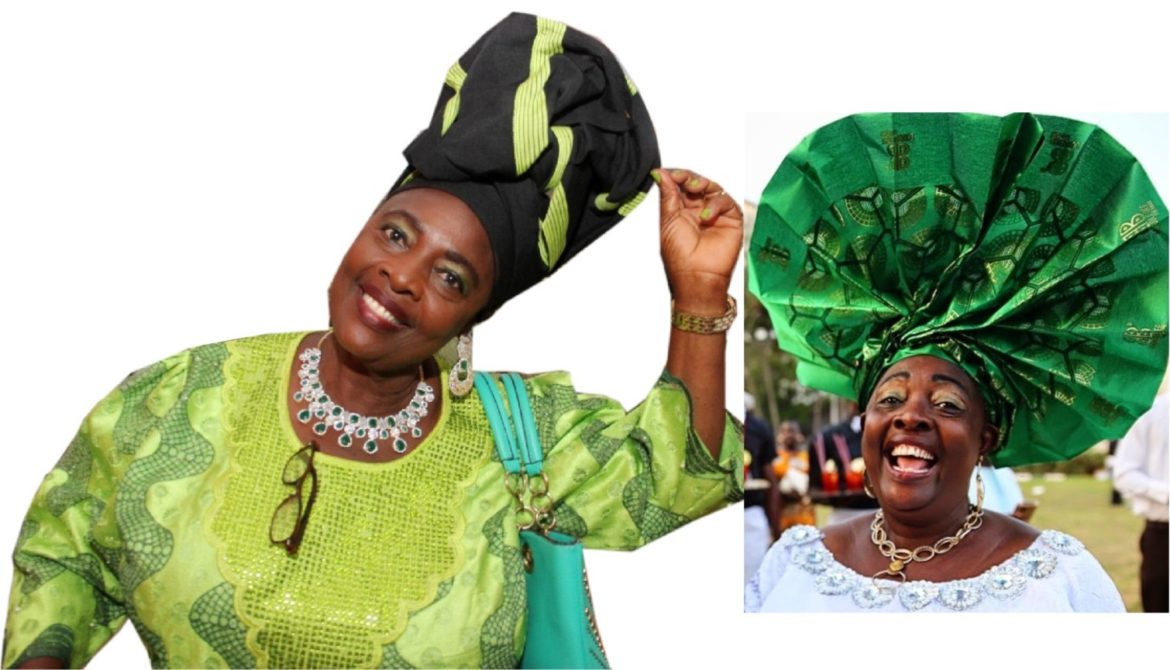 Have you noticed that Madam Kofo ties very dramatic geles anytime you see her at parties? Anytime you see her mceeing at big owambe parties you will see her step out in Big, Bold and Beautiful headgears (Geles). And she’s done that for years, since her good old days on TV, in the soap, 2nd Chance.

How did tieing of dramatic geles all start for her, you might begin to wonder. We know. She told us the secret a few weeks back. She told City People the story of how she learnt to tie gele. “Many do not know that I didn’t know how to tie Geles before,” she confessed. “I never even tried it before. I don’t even like it until we started 2nd Chance and there were a script and a scene where I had to tie gele to block the face of Roli, (that’s Joke Silva). She was my enemy in class. Me, I was always wearing Gold and everything to show off as a big madam. She is a small girl. She does not have money. There is a particular scene where they wanted Joke Silva to complain about me and Olu Jacobs (her husband) was our headmaster. We had Teacher kekere and Soni Irabor was Teacher Oloyinbo. They were our teachers and they had come to teach the adult education class. That was how it started the programme. They now wanted me to tie a very flamboyant Gele (head tie) to block and intimidate Roli of course, she was intimidated.”

“Roli and I are not friends in class. So, Roli now got up to complain to the teacher that my Gele does not allow her to see the blackboard. I did that episode and the next day people saw me outside. Oh, that was the woman, the one that tied Gele, Gele, Gele. They were shouting. For the 1st 3 episodes, auntie Peju Aroyewun Grace Egbagbe and one other aunty helped me tie the gele. When I now saw the way people appreciated the way I tie the gele, I now went to my aunty Alhaja Bola. She was a popular lace merchant in those days and she ties different types of gele. I now went to her to teach me. So she just gave me one or 2 tips. I now developed what she thought me into different styles. When she sees me now she says I have known more than she does now in terms of gele. She now calls me to come and tie gele for her. That was how the journey started.

How I Learnt To Tie My Dramatic Geles was last modified: November 20th, 2018 by Reporter