‘How I Ventured Into Comedy/Compere 7 years Ago’ – Fast Rising Comedian, MC MARIO 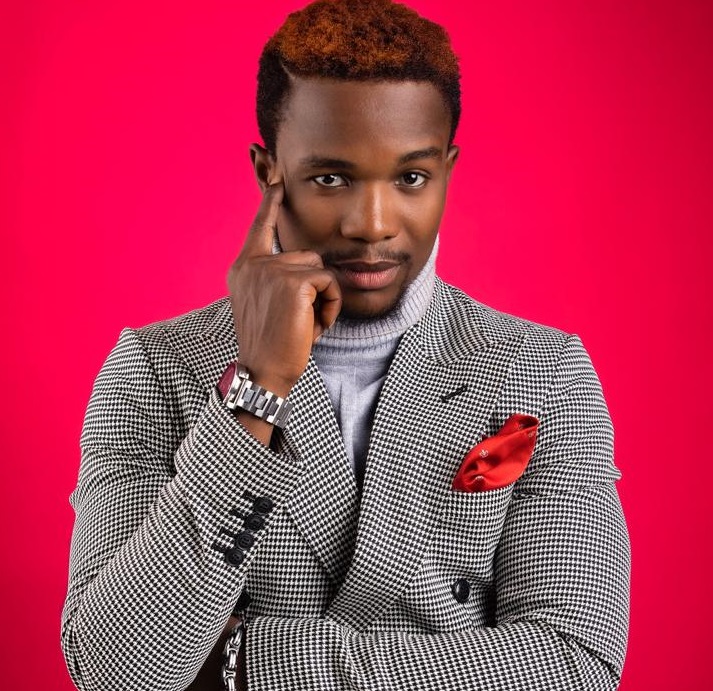 His real name is Adeoba Paul. His father is from Ekiti State and Mother hails from Edo State. MC Mario was born is Kaduna state, he grew up in Imo state, and now, he resides in Lagos.

Have you ever been under his performance? If yes, you will agree with me that MC Mario has what it takes to become an international act.

Is he as young as he looks? The answer is yes. MC Mario is 30 years old and single. He is a Christian and of course, you already know that he makes people laugh and keeps smiles on people’s faces for a living.

Let’s also quickly tell you that MC Mario speaks English, Hausa, Igbo, Yoruba and Edo languages fluently, so he is the definition of the compere your next big event deserves simply because he can carry all kinds of audiences along without language barrier.

City People crew got in touch with this interesting and fun-to-be-with young man last week and a conversation led to another before he finally granted an exclusive interview where he spoke about himself, his life and career as a stand-up comedian. Below are excerpts from the interview for your reading pleasure, enjoy.

At what point did you discover you’ve got the gift to talk?

I discovered my gift to talk right from childhood period. I’ve always loved to talk. I grew up watching some of the A list comedians we have today and I’ve always seen myself as a talker so I talk now to make money.

It is interesting to know that you’ve had the dream of being a comedian from childhood. So, what was growing up like for you?
Growing up was really tough because I wasn’t born with a silver spoon… I did most of my hustling myself but I thank God I grew up that way because it helped me with my language skill today. I was born in KADUNA state, grew up in Imo state and am a Yoruba boy… so that really helped me.

What was your lowest moment as a public figure?
My lowest moment was in 2013. I organized a comedy show and as I was on the stage performing somebody made fun of my trouser and everyone started laughing… and I really felt bad. I almost cried and was looking for a way to escape an event I organized with my own money.

Who are you looking up to in the industry?
The people I look up to in this industry are people like Basketmouth. I think he’s very creative and he’s never out of content. I’ve been watching him since I was young. And also people like Alibaba, Okey Bakassi just to mention a few.

It is a common trend now for comedians to organise shows and events for their fans, what is your opinion about this?
It’s really not a trend it’s just something normal. You’ve had support from your fans since you started, it’s only nice to organize a show for them to get to know you the more. I think it brings intimacy between you and your fans but the way it is now, I think comedians do it for the money involved.

What project is MC Mario working on presently?
I am actually working on a lot now but the major one is my annual event “THE MARIO EXPERIENCE 2.0” coming up on the 13th of September. And now that I am on radio, a lot of people hear me without seeing me so I’m planning a program soon that will be on Instagram… so people get to see the more of me.

How did you start stand-up comedy?
Starting stand-up comedy actually wasn’t a big issue for me because I’ve always loved it. I saw my passion for it and I studied the people ahead, I watched lots of videos and gathered my own jokes and that was it… I actually paid to go for gigs and did a whole lot of trekking before getting to where I am today and I give God all the Glory. Though I’m not where I want to be but am sure am not where I used to be.

What are your career goals and how many of them do you think you have achieved so far?
My career goal is to bring healing to the world through my passion and career… and to be a role model to different people all over the world. I have a lot of stories to share that will motivate people and time will come when I will unleash it to the world just to save souls. And by the Grace of God I am a step closer to achieving my goals.

Has there been a point you feel you should move on… away from anchoring/comedy
Lots of times… sometimes I am at home and nothing is coming up and I get pressure from my younger siblings, bills are piling up and no enough money to do what has to be done. So I just think of doing something else and embracing another line of career. But the passion has always kept me going

What else do you think you can be doing if there was no Radio/Comedy?
If there was no Radio, Comedy, or Mic I think I would play football. I love playing football even though my mum always wanted me to be a Naval officer (lol) when I was young I wanted to be a banker because I like wearing suite and at the same time I love playing football… so I guess I’d play football if I wasn’t doing what am doing right now.

‘How I Ventured Into Comedy/Compere 7 years Ago’ – Fast Rising Comedian, MC MARIO was last modified: March 20th, 2020 by Reporter