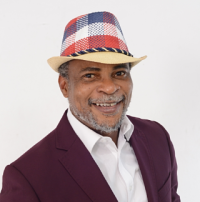 The Amatas are one of the most prominent movie families in the Nigeria movie industry as we know it today. From Zack Amata to Fred Amata, Jeta and Ruke, the Amatas for decades running have been making great impact on the industry, churning out blockbuster movies that have gone on to become the benchmark by which the industry is adjudged. And it all started from their father, the legendary John Amata, who as an actor, did a film that was considered a major hit in 1957, long before many Nigerian movie practitioners had a clue as to what movie making was all about. It was while growing up and watching their dad on the screen that the young Fred, Zack both developed the passion and love for theatre and soon, the entire John Amata boys all navigated towards the Arts and ended up becoming movie celebrities in their own right. Fred Amata, of course, was and remains the star of the family. Tall, handsome, brilliant and talented, he was one of the most loved and followed male actors on television. Producers were always on his pursuit because every movie that featured Fred was a guaranteed hit. All the producers had to do was put Fred’s face on the movie jacket and go to sleep, it was going to be a successful movie. Today, Fred has also veered into movie directing where he has made a remarkable impact. He is currently President of the Actors Guild of Nigeria.

Last weekend, the 2019 edition of the City People Movie Award took place at the beautiful 10 Degrees Event Center, Oregun, Ikeja, and Fred Amata was one of the legends of the movie industry honoured at the event. He spoke with City People’s Senior Editor, WALE LAWAL (08037209290), Society Editor, TAYO FAJORIN OYEDIJI and Society Reporter, TOYIN OGUNDIYA, and shared with us how his father produced two generations of actors.

How do you feel being one of the stars recognized here tonight?

City People has been around for a while now and it’s one of the publications that we respect the most in Nollywood. A few years ago when I turned fifty, City People honoured me with a special celebration, I can never forget that. If City People is having any event and I’m not there, its because I never knew about it. I’m really honoured to be here. Seye Kehinde is a great guy, a friend, mentor, plenty things.

How has it been for you in the industry after all these years?

It has been struggle every day and that’s the truth. It has been work, work and joy. And the joy is usually in terms of just bringing out a work. Bringing out a finished product. Nollywood was built on the ideal to just finish and wrap things up. So, whenever we finish a job, there’s always lots of celebration. There’s always that satisfaction, but it’s the financial satisfaction that we didn’t get. But thank God, all of that is changing now. There’s a lot more now in terms of monetization.

For people who are watching you from a distance, that might be difficult to understand because they can see you, Zack Amata, Jeta Amata, all of the Amatas flourishing in the industry?

What you should look at more is the generation that these people have come from. How many other people are at the level of that flourishment that you described? And then, when you have finished with that, you come and look carefully, do a forensic investigation of that flourishment you see, and you realize that ‘na who wear the shoe know where he dey pain.’ So, we’re in a business of show, if you’re not properly packaged, people might begin to misunderstand your essence. Like the popular saying, all that glitters is not gold.

Tell us about your family and how you guys became such an Iconic family in the movie industry? How did it all evolve for the Amatas?

I will give it to my father.  In 1957, long before people knew about film in Nigeria, my father had done a major international film called Freedom. It was generally acclaimed to be one of the best films shot in Africa with a cast of over ten thousand. So, he travelled the whole world. The film was premiered in L.A. It was premiered in San Francisco and he had several expositions all over the world. It became so popular it was used as an advocacy tool. So, as young children, all the children of John Amata grew up watching their father on screen. And you know how children are, everybody wanted to be like daddy and before we knew it, we all ended up studying Theater Arts, Films and it spread down to the grand-children like Jeta is a grand-child. By the time I was six, I was already on stage.

For you as an individual, what has been your staying power?

Na God now, we just believe that no matter how hard it gets, there’s always light at the end of the tunnel. My mother used to tell me that I’m like my father, I’m what is called like a gourd, a calabash on the water, with the storms affecting it, no matter how much they push it down it always bubbles back to the top. So, it has been God.

Since how many years have you been in the industry now?

Ah, since I was born o! I was just telling somebody, I don’t know which industry you’re talking about. Before the dawn of the new style of making films that is called Nollywood, I was already directing for television. I think I was the earliest independent director in Nigeria. I am sure I would be the first or second because at that time there were not more than two or three directing on National television. I was directing a film called Ripples in Lagos, they were shooting Behind The Clouds in Jos. So, at the time Behind The Clouds was the hottest soap opera in Nigeria, Ripples the one I was directing was the second hottest. So, I’ve been in the industry before then. We helped stabilize the industry. There was a time when I had a touch in almost every production that came out in Nigeria. So, we started before Nollywood and we’re still in Nollywood.

What sort of fulfilment do you feel at the moment?

Well, the one fulfilment I feel is that, what we started, what we slaved for, has blossomed into what is now an internally recognized industry. We still have our challenges though, but I believe strongly that we’ll get there.

What advice do you have for the youths who look up to you and want to be like you?

My advice is talent is not enough. You must work hard.

Veterans like you have not been particularly satisfied with the conduct of the younger generation in the industry in terms of their professionalism and work ethics, what are your concerns about this?

Indeed, there are challenges in the industry in terms of professionalism and understanding of work ethics. But you must understand that the creative is eccentric. Their means of expression sometimes are non-conformist and so, as president of a guild I understand all of that. We will continue to try and ensure that the ethics and the rules are established so that when there are any erring members there is a process to deal with it and I think that’s the best way to handle it. I don’t think they’re any different from us when we started. We disregarded our elders too and we thought they couldn’t do anything to us. But we’ll always ensure that they’re on the right path. It doesn’t matter how much of a superstar they think they are, we will ensure they are on the right path.