How My Role As Miss PEPEYE Gave Me My BIG Break – Fast Rising Actress, YETUNDE BARNABAS 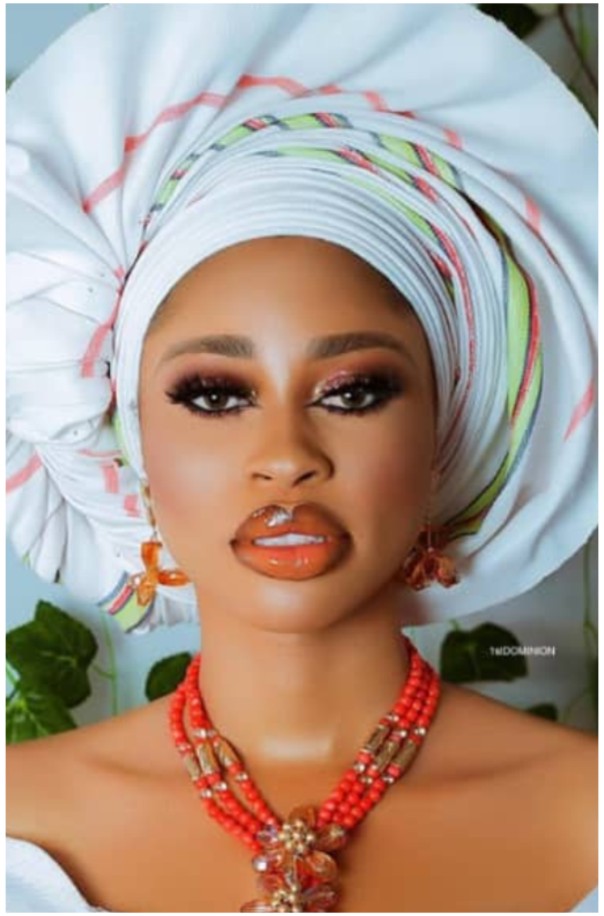 Fast-rising actress, Yetunde Barnabas is a model, beauty queen and film producer. She emerged winner of the most beautiful girl in Abuja contest in 2017 and also crowned Miss Tourism Nigeria in 2019. She is popularly known for her role as Miss Pepeiye on Nigeria’s long-running Sitcom Papa Ajasco and Company and other popular Yoruba movies. She was born and brought up in Abuja but originally from Kogi State. After her secondary school, she attended Seriki Olopolo Production and Royal Arts Academy where she acquired more knowledge in acting. She started up her modelling career when she registered for Miss Olokun Beauty Pageant in 2013, she equally participated in other pageants such as Miss Live Your Dream in 2014, Most Beautiful Girl in Abuja Pageant 2017, where she won, as a result of that, she got a natural endorsement deal with Multi-Choice/DSTV.

The very pretty hardworking young lady has equally featured in movies such as Erin Folami, Dagogo, Omo Iya Osun, Elegbenla amongst others.

In this chat with City People’s Senior Showbiz Reporter BIODUN ALAO, she talked about her 8 years journey into the entertainment industry, how she was victimised because of her skin colour in the movie industry, and how her role as Miss Pepeiye in Wale Adenuga’s popular series “Papa Ajasco” shot her to limelight. Below are the excerpts.

I actually started from church, that was in Abuja, that was where I grew up though I have always had a strong passion for acting and modelling but I needed to go to school because I could not do all at the same time. So I started up with my modelling, I started up with Miss Oloku in  2013, I also took part in Most Beautiful Girl in Abuja 2016/2017, which I won, then I am presently Miss Tourism Nigeria 2019.

So, how do combine everything, presently being an actress, model, beauty queen?

Then, I hard to concentrate mainly on modelling, because I was in school, but later, I went into acting, because it is something I have a strong passion for, so I create time around everything. There are people who are into 4 to 5 businesses at a time and they are succeeding, so I was like why can I do the same.

I came into the industry in 2012, but I later took a break to study so I came back again in 2015. When I got back, I got a very big deal with Wale Adenuga’s Production. I started acting the role of “Miss Pepeiye” for “Papa Ajasco’s” series.

Would it be right to say that the role gave you your big break in the industry?

In a way, that helped me a lot, it gave me my big break in the industry but at the same time, my role in the Yoruba movie titled “Omo Iya Osu” equally increased my rating in the industry. It was produced and directed by my boss in the industry Afeez Abiodun.

How long did you train under Afeez Abiodun?

I joined his theatre group in 2012, so I am one of his students, even after my break when I got back, I still went back to him for more training.

So how has your journey into the movie industry been?

So far, so good, though, it has not been easy, it has not been easy, it is something, I have strong passion for, I have seen lots of people discriminate me because of my skin colour and everything but my strong passion for acting kept me if not for my passion, I would have long given up. Aside from that, it is been awesome because I love what I do and I am good at it.

Would you say your look has helped rise to fame in the movie industry?

Well, I know, I am blessed with a good look and skin colour, but I still decided to learn more, which has really helped me in the industry, also I would also the grace of God has equally been my major factor.

Can you share more lights on the challenges you have been through?

Like I earlier said, the discrimination aspect has been my major challenges lots of them would be like oh, she is too fair, she shouldn’t be used for this or that role.

But I thought being fair-skinned is suppose to be an advantage, not the other way round?

So I thought too, but in my own case, it came as a challenge, why some other actresses without even getting to know me, will just conclude I am proud and arrogant, because of my looks and skin colour. But after much dislike and so much hatred, some still try to get close and realise I am actually not like that. So basically, that is like the only difficulty I face in the industry, people judging me without even knowing me.

How many movies have you produced so far?

I am from Kogi State, the Yoruba speaking part, I was born in Abuja had my primary and secondary in Abuja before coming to Lagos for University education. I attended the University of Lagos. I have stron passion for my job and I have 2 other businesses I do aside acting and modelling.

I am looking forward to a whole lots of new things and opportunities in 2020. I will be producing more this year and you will see more on your screen this year, I won’t relent at all, I am equally into skincare products and hair as well I really want it to be known. I will like to take my business empire star queen empire to another level.

As miss Tourism 2019, what is your pet project all about?

After I won Miss Tourism Nigeria by grace God, I will be going to different communities where they have no water and supply them water, I will also be working on sickle cell awareness in Nigeria, because a lot of people just get married without checking on their genotype, at least for these innocent children they bring to this life to suffer, they need to take their genotype thing very serious, and I choose sickle cell awareness because I have a friend the sister died of that, I have another friend, the brother also died of it, so I just concluded that people should be oriented about it.

Imaging training a child, after suffering and it is time to enjoy that child, he or she just die, so it is necessary to educate people more about it.