Home News How The Rich Spend Over N10m On Caskets
News

How The Rich Spend Over N10m On Caskets 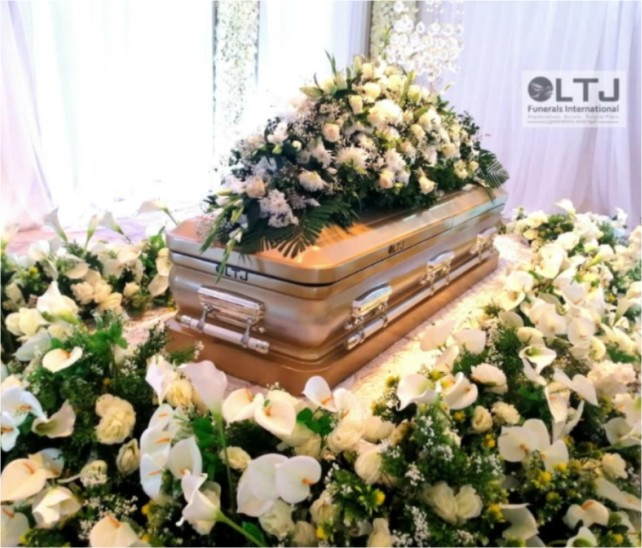 The year 2020 is finally over. The year known for a lot of deaths as many countries are currently experiencing a cruel pandemic ravaging the whole world. This has caused many deaths most especially among the rich in Nigeria while some other people died of natural causes. The older rich people were mostly affected by this COVID 19 virus because most of them also had of underlying ailments.

Major burials have therefore taken place in the last few months, especially after the lockdown. One significant thing amongst the rich burials is the type of caskets used in burying their loved ones. It has often become a thing where they always want to outshine each other as most rich families went all abroad to ship in Imported caskets to bury their loved ones.

Have you ever wondered how the rich spend millions on burying their departed ones? It will amaze you the extent to which rich people go in giving their loved ones a befitting burial. Almost gone are the days when people just buried their dead ones anyhow. One major feature of any burial is the casket because it is the last resting place for the dead on earth, no wonder many rich celebs want to prove that their dead loved one must be celebrated hugely even in death.

Many big burials which have taken place in the last few months were handled by Nigeria’s number one funeral home, LTJ Funerals which is being run by Bolanle Okusanya Feyita, the first daughter of Late MIC Boss, Olatunji Okusanya. She has been seen handling Oyo Governor, Seyi Makinde’s Mothers burial and many others.

These late celebrities were buried in expensive custom made caskets which costs between 8million to over 15millions of naira. In fact, the cost of the casket would have taken care of all burial arrangements or some families. They spared no cost and went all out to give their loved ones a befitting burial.

The most expensive of them all is the type used in burying late American superstars, Micheal Jackson and James Brown which has only been used by 4 people in Nigeria. It is usually used in a Horse and Carriage style. It is a prometean casket which is the most expensive casket in the world, it’s worth over 28,000 pounds which is approximately  14.5 million naira, as at about 4 years ago. It is a bronze lining casket with 24 carat gold plating mirror finish. It is a customised casket and it has been used to bury only 4 people in Nigeria, Late HID Awolowo and Globacom boss, Otunba Mike Adenuga’s parents and late Sir Okojie and Anambra Billionaire, Sir Emeka Offors fathers burial. This was  about many years ago. The cost of the casket would have skyrocketed by now and we gathered it is in the range of 19-20million naira.

Close to this were the casket used for Chief Harry Akande’s Burial. It was sourced across the world from leading casket company abroad which was supplied by LTJ Funerals in Nigeria.

It is also the first of its kind in Nigeria which cost about 10 million naira, It is a Bronze and Gold fully finished luxury interior casket. Also, foremost judge, Chief Mrs Akinsanya’s casket is in this league, she was given a befitting burial too. What about chief Bide Akindele? The parakoyi of Ibadan who was buried with an imported casket. The ex-Governor of Oyo State, Abiola Ajimobi is also not left out. His casket is close to 10million naira. It’s a custom made, best of the best steel with 2 tones good, plush velvet interior.

Not forgetting the pretty Ibidun Ajayi Ighodalo’s burial. It was one burial that shook Lagos. The casket used in burying her was also an imported casket which is also close to 10million naira. It is a unique colour, grey metallic casket with fluffy finishing.

It seems this has become a trend within the rich as many of them are going extra mile in giving their loved ones a befitting burial with these expensive caskets.

How The Rich Spend Over N10m On Caskets was last modified: January 19th, 2021 by Tayo Oyediji

SPEED DARLINGTON MOCKS TUNDE EDNUT, SAYS ‘HE IS NOT A CONTENT CREATOR’