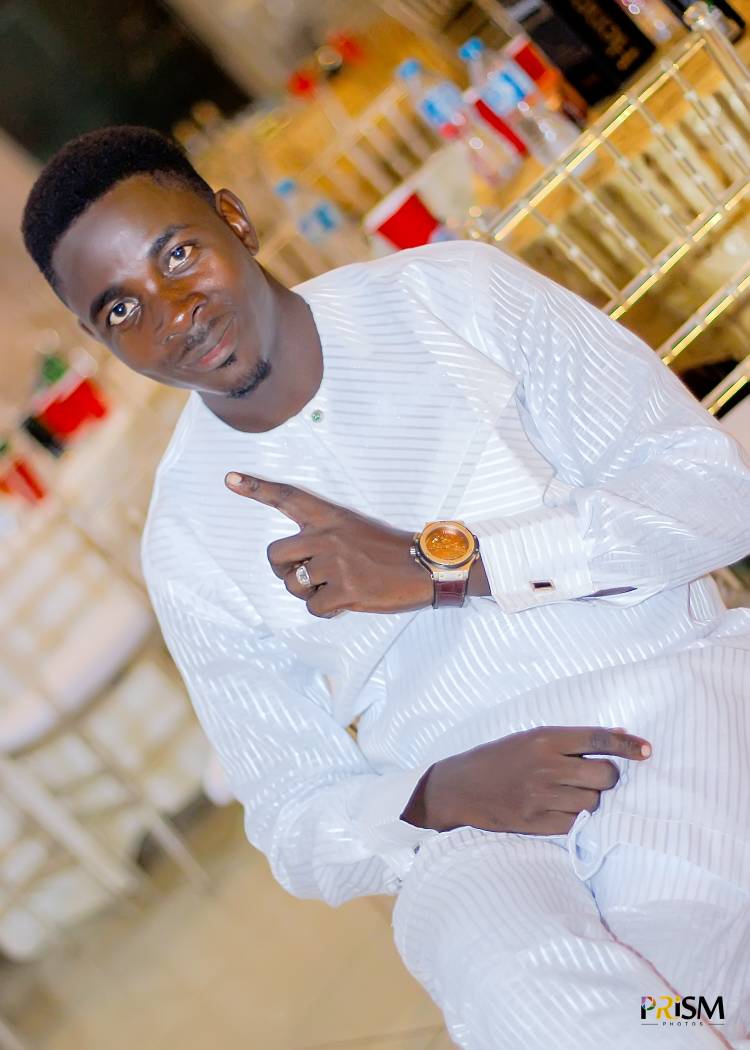 Fast-rising actor cum cinematography Ashimi Azeez is one of the young cinematographers in the movie industry, having spent close to 2 decades in the industry he has worked with almost all the A list stars and directors in the industry though he started up as an actor but was advised to concentrate on cinematography which he loves so much. He learnt so much from veteran actor Babasuwe and Kunle Adegbite and during his learning process he made contacts with lots of directors in the industry and Baba Suwe’s name paved way for him in the industry, this explains why he’s very busy shuttling from one movie location to another and has worked with stars like Funke Akindele, Miss Martins, Afeez Abiodun, Kenny George and a host of others. In this exclusive interview with City People’s Senior Showbiz Reporter Biodun Alao he talked about his journey into the movie industry and his greatest dreams in life.

My name is Ashimi Azeez Babatunde, I started learning acting from Babasuwe in 1999, I later went to Kunle Adegbite to learn about camera.

When I was with him it was all just about the camera because as at then he bought different cameras so I had the opportunity to see more cameras and even know about them, he employed I and Blessing Adejumo as camera assistant we were asked to take cameras to every location and that was how I started learning more about and in the process of learning and handling cameras I even got the nickname Azeez Babasuwe.

How has learning under Babasuwe impacted your career?

Yes, it did help my career because Babasuwe is a veteran and highly respected in the industry and also my big brother Kunle Adegbite the DOP who taught me how to operate cameras then,so it really made me come in contact with almost all the big directors in the industry and everything I gained from them plus everything I learnt myself is currently helping me in my career.

Do you combine acting with cinematography?

Am currently concentrating more in cinematography, back then when Odufuye Niyi popularly known as Aare the producer of Gbomogbomo a popular TV series on Africa magic Yoruba took me to Tajudeen Gbadamosi I concluded on my own that its better I concentrate on acting but these two great people advise me and insisted that I should learn cinematography so I only today I only get to feature in minor roles in movies. I eventually made up my mind and decided to dedicate more of my time on cinematography and I thank God for that decision I enjoy what am doing.

Can you talk about the movies you have worked on?

Hmm I have worked on a countless number of movies but I am the DOP of Kenny George, Afeez Abiodun, Mide FM Abiodun, Yomi Fabiyi, Funke Akindele amongst others. I have worked on movies such as Jenifa Diary, Aiyetoro town, Mejimeji, Adun, Oriki Meji, Eje Aburo, Agbofinro, 77 Bullets, Four couples, Diary of Hamzat, Kogbagidi and so many others.

Which has been the most challenging movie for you and why?

The most challenging project I have worked on is Chronicles which was my third cinema work produced by Frank and it was challenging because we had a weather crisis in Oyo state, the rain was much that we had to wait for the rain but unfortunately everything we shot there was deleted all because the foreign crew members didn’t get what they want in terms of locations so we then moved from Oyo state to Ibese town in the east, that was the first time I worked with that director Uzar so on getting to that town we had to reshoot everything again from the beginning so that’s my most challenging project.

How did you get your stage name “Cisse cam”?

I was formerly known as Azeez Babasuwe all because of Babasuwe, then later when I became a dop, I changed my name to Az then at that time, we were two in the industry bearing the same name and there was always a mix up so I decided to change it to Cisse cam which I got from my name and it stuck immediately and people started calling that till date.

What is your greatest dream in life?

My greatest dream is to become very great in life, learn more about cinematography and start shooting movies in Hollywood and Bollywood standards and also work with both A-list local and international stars.

I look up to the very best in the industry Uncle Tunde Kelani.

How Veteran Actor Baba Suwe Paved Way For Me In The Industry – Ashimi Azeez was last modified: November 18th, 2020 by Biodun Alao