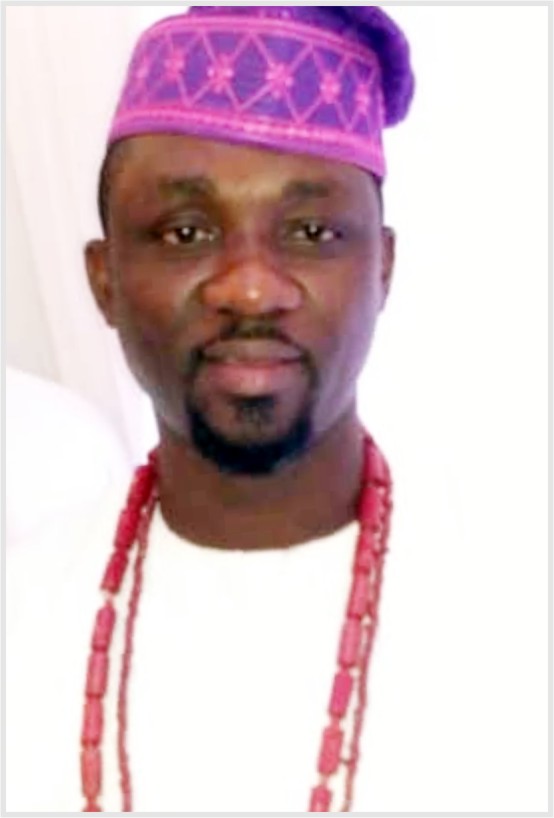 The name Moses Olafare is not strange in the Nigerian media space. He started as a journalist who reports crime and did well on the job before venturing into other businesses. Mr Olafare is the director of media and public affairs who is passionate about the public perception of his principal. He has represented the Ooni at several events and is doing a good job in protecting the good name of the Ooni of Ife, Oba Adeyeye Ogunwusi, Ojaja II.

He had a brief chat with City People’s DAMILARE SALAMI (08155134152) and NURUDEEN SALISU. He talked about his life, growing up years and his role as the spokesperson of the number one monarch in the Yoruba nation. Below are excerpts from the chat.

You were a major media player when you started, can you tell us about your journey to the top?

I started journalism professionally in 1999 through Vanguard media ltd., the publishers of Vanguard newspaper. I was a crime reporter and a member of the Crime Reporters Association of Nigeria (CRAON). At that time, I also got involved in so many activism and human right matters and at a point, it sadly became imperative for me to dump one for another. Sadly again I would say that the necessity of a reasonable decision made me dump journalism. Not that I dumped journalism per se but I had to leave Vanguard newspaper while I continued in my private business capacity as a media consultant. I registered Acme Media Consultancy which I ran and I still run even though not very active these days. So I started my journalism with Vanguard newspaper and I later delved into many things which include security management. I’m also a security consultant; I’m a certified security person through the Institute of Security of Nigeria (ISN) and today, to God be the glory, I am back to the profession I once left. I function today as the director of media and public affairs of Ooni’s palace.

There is a question on the minds of many Nigerians. How did you meet the Ooni of Ife before you emerged as his media aide?

It was divine or let me say it was pre-designed by God. I met him for the first time after he had already been crowned the Ooni of Ife. And that goes to tell you that I might not have been a part of his journey to the throne and that’s why I said it is a predestined arrangement because you hardly find a situation like this. If you are not part of the struggle that leads to such victory and you are chosen from the tons of people who are interested in the office. I got a call one day that giving my record of displayed patriotism to the course of the Oodua Nation and particularly Ile-Ife where I come from, there are people who believe in my ability in the area of media and information management for the throne and my name was mentioned to the Ooni-elect who also requested to meet me and we had some interaction. He told me that he fell in love with me and that he is spiritually connected with me. And so far so good, I don’t think that we have ever had any regret being together as father and son cum employee-employer. As his son, I have enjoyed so much from him as a father and I will never think of ceasing to be his son. I can’t ever imagine that and as one of his principal officers here, I enjoy a good working relationship with him and so far, he has never expressed any regrets having me around him. Of course, nobody is perfect and I am not, I’ve had my challenges and shortcomings, but even in the face of those shortcomings and challenges, he still finds me very responsible.

What was growing up like for you? Take us back to your childhood days…

I was born and bred in Ife, I grew up in Ife and had my primary and secondary education here in Ife. I attended CAC primary school in Iloro and St John Secondary school also in Ife. Though I started education late, I bagged a diploma in Communication Arts at the Lagos State University (LASU) and from there, I proceeded to Vanguard newspaper where I had my internship. I was later retrained at the Vanguard newspaper. Because I was covering crime as I said earlier, it exposed me to security management and I had to do some professional courses on security management so I got certified. Then I proceeded to Unilag for advanced diploma certification in Security Management. I also attended OSU now Olabisi Onabanjo University OOU, for a Post-graduate diploma in security management. Then I bagged a Master’s degree in public administration at the Republic of Benin. Of course, I started my PhD too but I couldn’t continue due to time constraints but I hope to go back to complete it very soon.

Like every child would like to praise his parents who have brought him up properly, I will also do the same because I am also a beneficiary of that parental system. I have good parents who in their own humility and modesty trained me in the best way they can to become what they wanted for me. My dad is Mr Richard Akinola Olafaire and my mum is Princess Adetoun Riskat nee Ademiluyi. She is a direct granddaughter of an Ooni that reigned in this palace between 1910 and 1930. He is Ooni Ademiluyi who preceded Ooni Adesoji Aderemi. I was properly trained, so whatever I am today is a product of that proper training they gave me.

How has working with the present Ooni influenced your person?

I work with Ooni as the director of media and public affairs which means I am his spokesperson. There is no way anyone working in this capacity will not be as famous as his principal because there is nowhere they will mention my principal and a reference will not be made to me. So working with the Ooni has given me a wider recognition and has exposed me farther than the way I was before I took the job. And as I said earlier, I have been enjoying a good working relationship with him and I have benefitted a lot from him morally, spiritually, financially and materially. What I have benefitted is unquantifiable; you know, when you have a principal that you can always proudly refer to as a benefactor because he is generous to a fault. He is somebody who wants to see you progress in all of your endeavors wherever you may or may not need his assistance. He is someone who sees you in the spirit whenever you need his assistance. He just asks you and even when you deny that you need that thing, he will still give you because he has seen it. So in all ramifications, I will say that working with him has benefitted me very greatly.

#EndSARS: Reform The Nigerian Police To Save Our Future By Yusuf Babalola