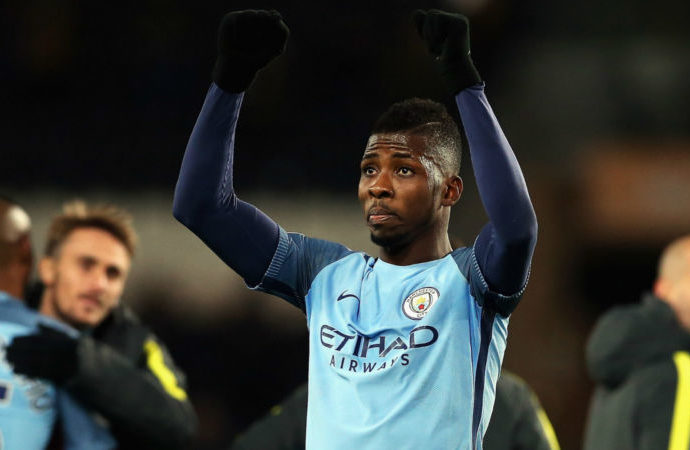 James Iheanacho, the father of Nigerian forward, Kelechi Iheanacho, says the youngster will not be seeking a loan move away from Manchester City during the January transfer window.

The arrival of Brazilian youngster, Gabriel Jesus, has reduced Iheanacho’s chances of regular appearance at the Etihad.

There was no place for Nigeria international in Pep Guardiola’s matchday squad in the 2-2 draw against Tottenham on Saturday but his father insists no intention of him seeking a move elsewhere.

Iheanacho started the season in fine form, scoring three goals in his opening six matches and since then his game time has dwindled.

According to James, the 20-year-old is happy to stay and fight for his place, with talk of a potential switch elsewhere quickly dismissed.

James told All Nigeria Soccer, “Automatically Kelechi is not going on loan because his name is not among the players leaving.

Last season, under former coach, Manuel Pellegrini the player netted 14 times in all competitions including a hat-trick in a FA Cup clash with Aston Villa.

Back in November, Guardiola reassured the youngster of playing time at the club, “My advice is keep going, keep fighting, sooner or later everything is coming back, and of course he’s going to have his minutes,” he said.

Iheanacho not leaving Manchester City on loan – father was last modified: January 24th, 2017 by Arinze Ago