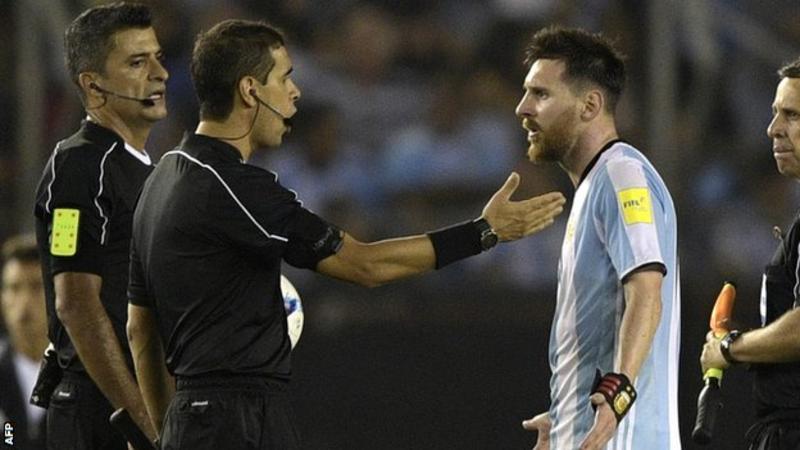 Argentine superstar, Lionel Messi has denied insulting a match official during his national team’s clash against Chile on Thursday, saying that he only insulted “the air.”

In a letter he wrote in defence of his action before the four-game ban was handed down by FIFA, Messi stated that his words were not directed at anyone specifically.

Recall that the five-time ballon d’Or winner was handed a four-game ban after reported insulting a match official during Argentina’s World Cup qualifying match against Chile.

Argentina won the match by a lone goal.

In a statement reported by Argentine La Nacion, Messi said, “My words were never addressed to the linesman, they were just said in the air.”

His club side, Barcelona yesterday frowned at the ban, describing it as unfair and totally disproportionate.

After the 2 – 0 defeat in Bolivia that represented the start of Messi’s suspension, he is also due to miss World Cup qualifiers against Uruguay, Venezuela, and Peru