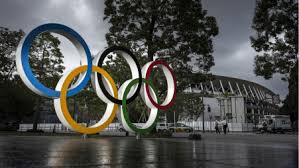 Japan has debunked the claims on a British Newspaper; The Times that it has agreed with officials Tokyo Olympics games to cancel the event due to the raging coronavirus pandemic.

Japan’s Deputy Chief Cabinet Secretary, Manabu Sakai who debunked the cancellation report said there was no truth to the report and Games organisers said all event partners, including the Japanese government and the International Olympic Committee, were “fully focused” on hosting the Games this summer.

With just over six months countdown to the commencement on the games which had earlier been postponed, doubts have grown about whether the huge international event will be viable with the pandemic still increasing worldwide and with vaccinations still lagging behind.

Subscribers to enjoy another season of Glo Rewards Cashtoken