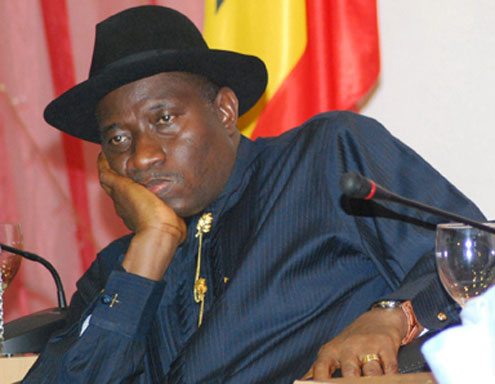 Former president Goodluck Jonathan expressed his disappointment in the 2015 general elections as was handled by Attahiru Jega, former chairman of the Independent National Electoral Commission (INEC).

This was revealed in the copy of ‘Against the Run of Play’, a book written by bestselling author Segun Adeniyi, and seen by TheCable, Jonathan said Jega disappointed him.

“I was disappointed by Jega because I still cannot understand what was propelling him to act the way he did in the weeks preceding the election,” the former president said.

“As at the first week in February 2015 when about 40 percent of Nigerians had not collected their PVCs, Jega said INEC was ready to conduct an election in which millions of people would be disenfranchised.”

Jonathan also said he had a meeting with Jega to express his reservations about the preparedness of INEC for the exercise, but he insisted that the election would go ahead.

“Of course, the Americans were encouraging him to go ahead yet they would never do such a thing in their own country. How could we have cynically disenfranchised about a third of our registered voters for no fault of theirs and still call that a credible election?”

“The interesting thing was that the opposition also supported the idea of going on with the election that was bound to end in confusion,” the former president said.

The election was scheduled for February 14, 2015, but the Jonathan government shifted it by six weeks. The action was greeted by strong criticism from Nigerians.

In the book, Jonathan also defended his decision to postpone the election, saying it was for security reasons.

“When the military and security chiefs demanded for more time to deal with the insurgency, the reasons were genuine,” he said.

“As at February 2015, it would have been very difficult to vote in Gombe, Adamawa, Borno and Yobe states. But moment all the arms and ammunition that had been ordered finally arrived, the military was able to use them to degrade the capacity of Boko Haram to the level in which they posed the threat to the election.”

The book, written by the chairman of THISDAY editorial board, recounts how an incumbent lost a presidential election in Nigeria.

It is due for launch on Friday.