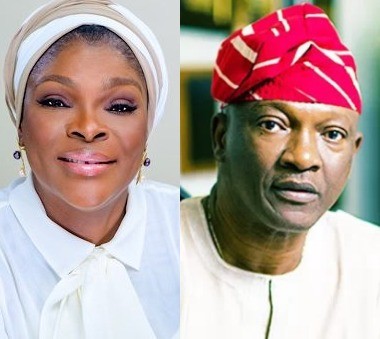 Lagos state PDP governorship candidate, Jimi Agbaje, has picked Haleemat Busari as his running mate for the 2019 election. According to a statement released by the Director of Media and Publicity of the Jimi Agbaje Campaign Organisation, Felix Oboagwina, Haleemat is a law graduate from the University of Lagos an is currently on the board of many blue-chip companies.

She was a director in Zain Nigeria Ltd (now Airtel Nigeria, a leading telecommunications company) and a serving director in First Bank, Sierra Leone.

Married to Teslim Busari (SAN), Haleemat was born in 1964, to the family of the late Ahmed Giwa, a businessman and Vice President of Jamatul Islamiyya of Nigeria from Epe, and the Late Mrs. Mujibat Giwa (nee Shonibare), a princess of the Kosoko royal family from Isale Eko