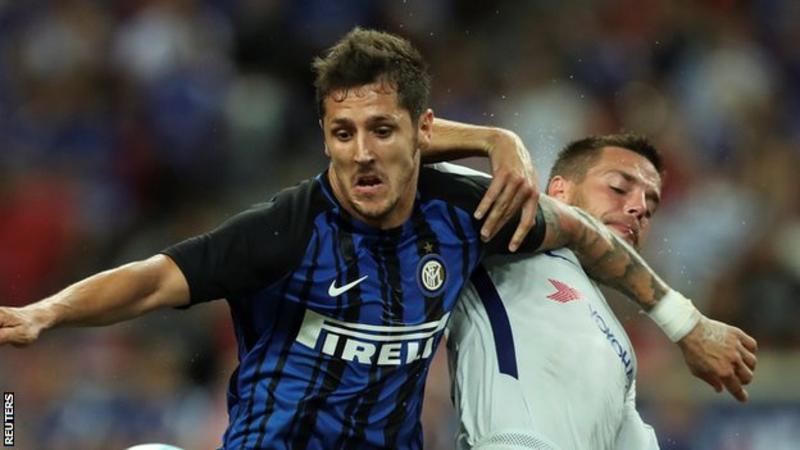 French Ligue 1 champions Monaco have signed Montenegro striker Stevan Jovetic from Inter Milan for a reported £10m.
The former Manchester City forward, 27, has signed a four-year deal.
On Monday, photos emerged of Jovetic wearing the number 10 shirt, previously worn by Kylian Mbappe who is reported to be joining Paris St-Germain on loan. 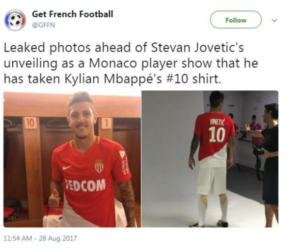 “I’m very happy to be here. There are some great players on this team. That’s why I chose AS Monaco,” he told the club website.
It is reported that Mbappe, 18, will join PSG on loan before Thursday’s transfer deadline and complete a permanent 180m euros (£167m) move next summer, so that the Paris club can comply with Financial Fair Play.