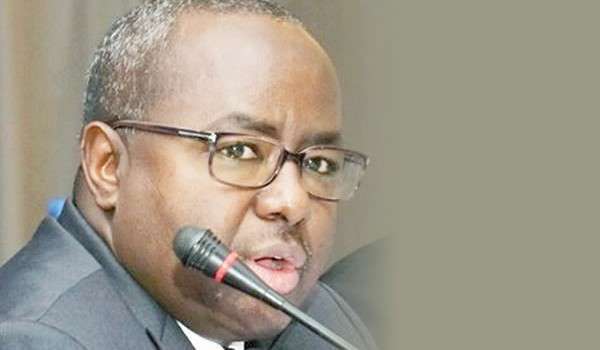 The Director-General of the Securities and Exchange Commission, SEC, Mounir Gwarzo, has been suspended from office.

Mr. Gwarzo was suspended on Wednesday by the finance minister, Kemi Adeosun, “to allow for an unhindered investigation of several allegations of financial impropriety levelled against the Director-General.”

According to a statement by Patricia Deworitshe, Deputy Director, Press, Federal Ministry of Finance, “the suspension is in line with the Public Service Rules (PSRs) 03405 and 03406.”

“The Honourable Minister has set up an Administrative Panel of Inquiry (API) to investigate and determine the culpability of the Director-General.

“She has directed the suspended SEC Director-General to immediately handover to the most senior officer at the Commission, pending the conclusion of investigation by the API.

“Also suspended are two management staff of the Commission – Abdulsalam Naif Habu, Head of Media Division and Anastasia Omozele Braimoh, Head of Legal Department – who have been alleged to engage in financial impropriety in the Commission.”

Tinubu has informed me what I wasn’t aware of

Congratulations on your choice of President –...