K1 Emerges The Most Sought After FUJI Artist In 2016 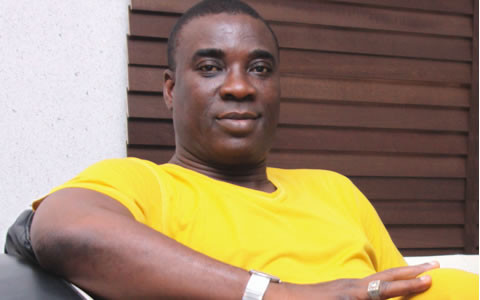 The year 2016 may have come and gone but there is no doubt that it had its ups and downs. It was a year that was very tough for the economy which invariably affected the entertainment industry as the entire country was hit with a full blown Recession. But despite the fact that other artistes are groaning under the harsh realities of the badly hit economy, one Fuji artist who has retained his position as the most sought after Fuji artist in year 2016 is Fuji Lord; King Wasiu Ayinde Marshal Olasunkami Adegoroye fondly called KWAM1. He is one of the Fuji musicians who raked in billions of naira in the year 2016 despite recession.

This living legend who will turn 60 come March 2016 has not just been able to break the barrier between Fuji Music and the Nigerian Rich elites who rarely listen to Fuji music; he has also been made the number one choice of the rich elites. Believe it or not, the rich elites rarely listen to fuji music except it is K1. `Bobo“ as he is fondly called was the choice of Rich Nigerians in the year 2016 who didn’t only pay handsomely to have him and his band at their events, they have also made him their official musician year in year out.

Permit us to tell you that K1 is not just the choice of South-West rich; do you know he also performs nationwide? To say that K1 is rich is an understatement. He is rich in everything. He is rich in Music,rich in exposure, rich in fortunes, rich in wealth, and rich in family values.

What does it takes to have K1 at one`s event? Citypeople investigation reveals that a K1 charge varies from 5million and above. Do you also know that he sometimes turns down some shows? Yes he does and this is because he doesn’t believe money is everything. He will rather prefer to perform for a man with integrity for free than play for a notorious rogue who is paying big. He is a massive brand. Some rich elites even have to shift their events to accommodate his tight schedule. Though he calls it grace but there is no doubt that his talent mixed with humility has paid off. There is no rivalry whatsoever as he is clearly the God father of Fuji Music. His patronage is huge as he works year round.

In an interview which was granted by this living legend to Sahara Tv, he reveals that he performs a minimum of 15 shows per Month and sometimes it is more than 15 shows . His words were “ I do a minimum of 15 shows a month. Sometimes we perform nonstop. People do all sorts of things, sometimes people call us and say we are doing a private in –house party and we want you to come and perform abroad. Can you give me the time and charges? “I have over 82 albums in the over 40 years of my music career”, he revealed

K1 Emerges The Most Sought After FUJI Artist In 2016 was last modified: January 22nd, 2017 by Abiola Orisile

Why I  Had To Relocate To NIGERIA From The US – FUJI Star, SAFEJO AMAMA Opens Up