Home News Kano Takes Over 500,000 Children Back To School
News 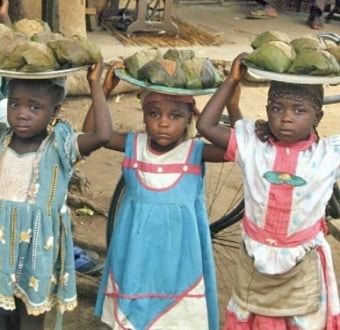 Kano state government says it has enrolled over 500,000 out-of-school children as part of its push to return kids of school age — roaming the streets — to the classroom.

Muhammad Sanusi-Kiru, the state commissioner for education, disclosed this on Thursday while addressing journalists ahead of the maiden edition of International Day of Education, holding on Friday.

The event tagged: “Learning for People, Planet, Prosperity and Peace,” is being organised by the United Nations Children’s Fund (UNICEF).

According to him, the state has witnessed drastic increase in school enrollment, following numerous intensive interventions initiated by Abdullahi Ganduje, the state governor.

He added that the state government had also constructed and renovated schools at the cost of over N400 million to address issues of congestion in classrooms, arising from the increase in enrollment.

“Their own statistics was in 2018 and that was before the introduction of this free and compulsory education in the state.

“So with the introduction, we are saying that no parent should pay a kobo for his children. We are going to feed and give them uniform and instructional materials free of charge.

“The only thing you need to do as a parent is to ensure that your children go to school. That is why the enrollment is increasing now.

“In a matter of one or two years, we are not going to talk about private schools anymore because government is providing everything free of charge.”

Sanusi-Kiru gave the assurance that by 2021, those wsihing to see out-of-school children would not find any in the state again.

The commissioner said that plans were underway to also employ about 7,000 teachers and disburse additional 4,000 pieces of furniture to schools.

“We have declared free and compulsory education from primary to junior and senior secondary schools. I think it is a commendable effort by the present administration in the state,” he said.

“Since I assumed duty as a commissioner, I have been working round the clock to ensure implementation of the free and compulsory education policy.”

Sanusi-Kiru added that the state government had in stock over one million text books to be distributed to primary and secondary schools.

The development comes a week after President Muhammadu Buhari had lamented the number of out-of-school girls in the country, describing such as alarming.

Kano Takes Over 500,000 Children Back To School was last modified: January 24th, 2020 by Damilare Salami

How FG Spent N1.7tn On Electricity In Three Years – El-Rufai