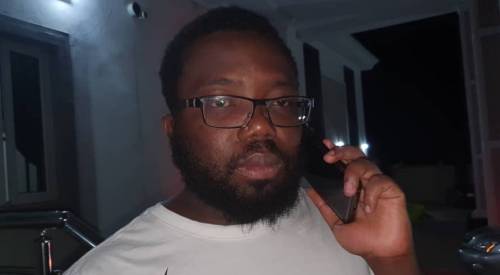 He was abducted at his farm in Iroko, Akinyele local government area of Oyo state around 6 pm on Tuesday.

Oyo state police commissioner, Shina Olukolu confirmed the release of the minister’s son on in an interview with NAN.

Olukolu said the information he got was that the victim had regained freedom and had been reunited with his family.

The commissioner said the only suspects arrested so far in connection with the incident were three of the victim’s farm workers.

He, however, gave an assurance that more updates on the incident would be made public soon.

In his reaction, the former minister expressed gratitude to God for the safe release of his son.

In a statement he personally signed, Adewole also thanked President Muhammadu Buhari, Vice- President Yemi Osinbajo, security agencies, traditional rulers and all those who stood by the family during the ordeal.

Earlier on Wednesday, Leye Oyebade, assistant inspector general of police in charge of Zone 11, Oyo state, had said the state police command had arrested three suspects in connection with the abduction.

Oyebade said the suspects arrested were Gbenga Ogunleye, the victim’s driver employed a few days ago; Sodiq Adebayo, the farm manager, and another worker on the farm.

He had assured the public that said the police had launched a manhunt for the kidnappers, adding that the victim would be rescued soon and the perpetrators unmasked.