Home Media Kingibe Returns To The Corridors Of Power
MediaNews 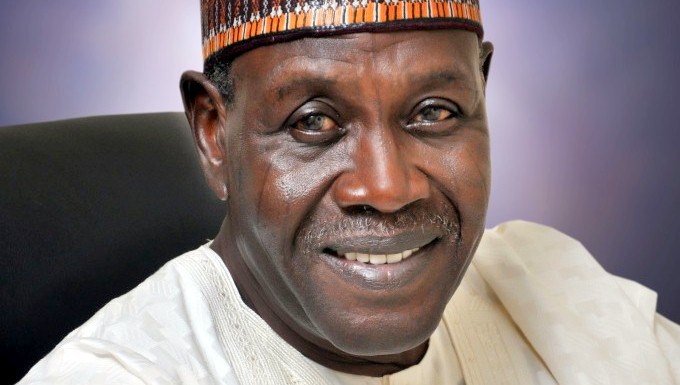 Not many people know that late MKO Abiola’s running mate, Ambassador Baba Gana Kingibe is back in the corridors of power.

After having been out of the power loop for years, he has been cited within the seat of power in Abuja. In fact, there are those who describe him as a member of Buhari’s Kitchen Cabinet, which simply means that although he is not a Kitchen Cabinet Member.

He has the ears of the President and he is a member of the think-tank. By so doing he has brought his wealth of experience to bear on Buhari’s government.

Before now, his last major political assignment was as Secretary to the government of the federation SGF,  Babagana Kingibe.

Kingibe whose earlier romance to. Power was as a diplomat several years back before he ventured into politics was the Vice Presidential candidate to MKO Abiola in the annulled June 12 elections of 1993.

After he dumped MKO, by taking a post in the ABACHA government, Kingibe went into exile politically but he became relevant again during the Yar’Adua period when he was made Secretary to Government.

He was as influential in the government of Yar’Adua as one of those who called the shots until Yar’Adua fell sick and had to travel abroad.

By the time the late President came back, his position in the scheme of things had become strengthened. Obviously some people did not feel too comfortable with the roles of the former diplomat and he was removed.

Today, he is has not been offered any appointment yet he is a common and well known face in the presidential villa.

Not a few members of the kitchen cabinet of Buhari listen to him and see him as a voice that cannot be ignored.  Lest we forget, he is from the North East and BORNO like the SGF BABACHIR Lawal and also some other top shots in government.  So while the KATSINA Mafia is staking their hold, the Maiduguri team is also jostling for power. There are those who say the list of career and non career nominees for ambassadorial posts was largely his doing so. Also the list of board members which was to be released before the governors of APC waded in.

As it stands, BUHARI has been bitten by the Kingibe bug and it would take more than just tinkering with the people around him to extricate himself.

What has helped him is his wealth of experience in Politics as far back as July 1990 when the Social Democratic Party (SDP) held its national connection in Abuja and Kingibe emerged Chairman at the age of 45.

What has worked for Kingibe is that he is just likeable. There are in fact very few new breed politicians with his administration skills, service experience, polish and charisma.

Who is Kingibe? He is 71 from Maiduguri, Borno State. After schooling in Bama, near Maiduguri he attended University of Sussex. He has had a brilliant career in the Federal Civil Service, starting off as a Research & Planning Officer at Ahmadu Bello University (1968-71), Lecturer, International Relations (1971), Head, Current Affairs Development, Broadcasting Company of Northern Nigeria, Kaduna (1972), Senior Counselor and head of Political Desk, Nigerian High Commission, London, Foundation Member, Transition to 2nd Republic Group, Supreme Headquarters, Ambassador to Greece and High Commissioner to Cyprus (1981).

He was also Ambassador to Pakistan (1984), Federal Permanent Secretary in the Presidency (1986), Director General and Secretary of the Constituent Assembly Abuja (1988-89).

Kingibe Returns To The Corridors Of Power was last modified: December 25th, 2016 by Reporter

“I Have Accomplished My Mission In OSUN”- Aregbesola

15th anniversary of the assassination of Chief Bola Ige