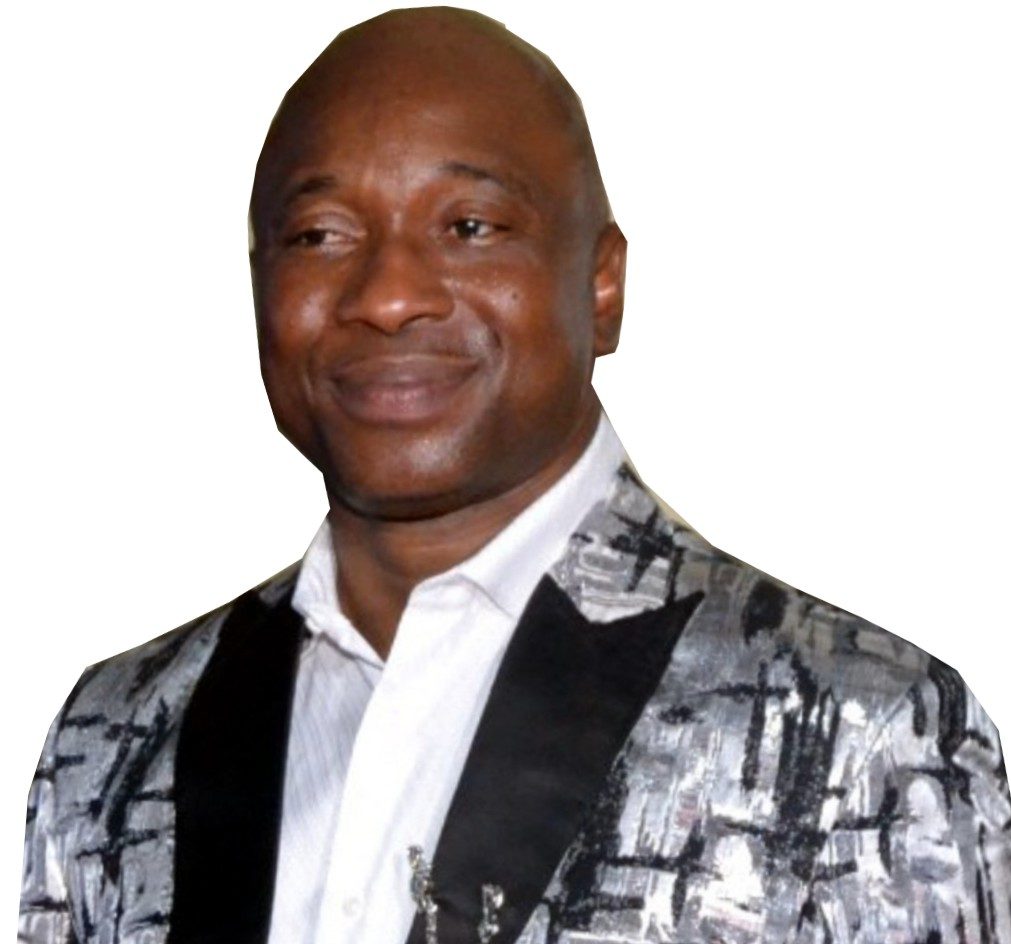 How His Wife Planned A Surprise Birthday For Him

Sunday, 8th March 2020 marked the golden jubilee of Deacon Ayoola Ajekigbe, a celebrated music icon and the founder of Faith music band. You will need to be new in the Lagos social scene for you not to know Faith music live band. They are the choice of most Lagos socialites. Faith Band is one of the best and biggest live music bands in Lagos with several multinational awards to their credit.

On that day top Lagos socialites storms the auditorium of The First Baptist Church on Broad Street, Lagos to witness the Thanksgiving Service Hyms & Praise To The King Of Kings. The 50th birthday celebration was themed Grace so Amazing. City Peoples Society Reporter, TITILOPE OGUNLEYE was at the 2-in-1 grand event to give you details.

The event commenced at 2pm with some music by Steadfast Orchestra group. It was a service of Hymns to the king of kings and City Choral, Steadfast Orchestra Group and the choristers of the First Baptist Church rendered the best of hymns with superb harmony.

Pastor I. O. Animashaun led the opening prayers while the first lesson was taken by the first son of the celebrant Oluwafisayomi Ajekigbe. Shortly after, the orchestra sang two hymns and then the family song.

It was so amazing to hear the wife of the celebrant Deaconess Olapeju Ajekigbe and the daughter Anuoluwapo Ajekigbe perform a duet and the congregation had no choice than to give them a standing ovation and a round of applause after the duet. It is indeed a family of musicians as Oluwadarasimi Ajekigbe was on the piano to harmonize the rendition.

Deacon Ayoola Ajekigbe, the celerant took the fourth reading in Psalms 103. Reverend Dr. Fagbemi gave a short exhortation about the celebrator. He described him as the most humble and calmest person he has ever met in his lifetime. He admonished the congregation to live a life worthy of emulation that men would even testify of their good works. He mentioned the celebrant is living he scripture with his simplicity, meekness and way of life and he encouraged the congregation to be humble no matter who they become in life and they should also return praise to God who gives power to make wealth.

Reverend Dr. O. K. Babarimisa anchored prayers for celebrant and family and the congregation joined the family prayers.  One of the best Saxophonists Nigeria, popularly known as Beejay sax was present and he led songs with the saxophone for the thanksgiving. Friends and family joined the celebrator in the thanksgiving as they danced round the church auditorium. Top socialites joined the celebrants and their family as they took pictures.

Deacon Ayoola Ajekigbe, the celebrants took time to appreciate everyone who made out time to make the day a remarkable one. He revealed that his customer styled him and his family for the big day and he is so grateful for the massive love that he enjoyed. He added that words enough cannot fully express his joy, seeing the dignitaries that made out time to celebrate him. He said he was surprised and overwhelmed with the number of cakes he got for the day.

When everyone taught the party was over, the celebrator’s wife deaconess Olapeju Ajekigbe who had planned a surprise party for her husband gathered customers of Faith music band, friend and family in a cool atmosphere that was very close to the beach to enjoy nature and celebrate Deacon Ayoola Ajekigbe.

The Hi-impact cruise was the venue for the surprise party. The venue had a very lovely ambiance and cool breeze. Over 100 top socialites gathered to celebrate the founder of the Faith music band and they were welcomed with soft music from Faith Band and the disc jockey. Deacon Ayoola Ajekigbe who left the church was driven to the venue of the surprise party.

Popular Lagos MC Damola anchored the surprise party with a lot of comedy as he welcomed the guests. The celebrant came through a special entrance and was surprised to see the calibre of people waiting for him. He was short of words. He was only smiling at seeing everyone that was involved in the set-up party. He went from table to table to greet all of his friends and clients who was involved in the surprise party.

The celebrator got a bigger shocker when he heard Beejay sax playing the saxophone at his surprise party and more when his wife told him he had to change into something else. The wife had gotten a new set of clothing for him to change at the surprise party. He didn’t see it coming in anyway. He was happy and prayed that God in his infinite mercies would bless and surprise all that have contributed to making his big day a success. Friends and family were invited to give testimonies about the celebrator.

The amiable wife of the celebrator Deaconess Olapeju Ajekigbe described her husband as her 2nd Jesus. She said he quotes fewer scriptures but acts the words in it more. She said that her husband is a peace-loving person and he likes to be at peace with all men even when people take him for granted. The party ended with the cutting of the cake and photo session.

Gists From The Church Service

It was a convergence of who is who at the First Baptist Church, Broad Street, Lagos Island, where Eminent Nigerians came to celebrate the Golden Anniversary of The Christian Juju Music Icon, Deacon John Ayoola Ajekigbe(J.P.), of the Faith Music Fame.

On the Long List Of Prominent Nigerians who graced the colourful occasion are: The Chairman Of The Police Service Commission And Former Inspector General Of Police, Alhaji Musiliu Smith, wife Of The Minister Of Power And Housing And  Lagos State ex-Helms Man, Her Excellency, Dame(Mrs) Emmanuella Abimbola Fashola and siblings.

Members of The First Baptist Church were glad to play host to a crop of Eminent Nigerians who came to celebrate A Music Maestro who has at one time or other performed at their various social events.

Ayo Ajekigbe, The Celebrator is not only a popular Juju Musician, who has also at various times, been  their Choir Leader was honoured by the Dignified Nigerians.

Good Will Messages rent the air at the ceremony. According to The Senior Pastor of the Church. The Reverend Dr. Sunday Aramide Fagbemi(J.P), Deacon Ajekigbe is a  man of inestimable qualities, a devoted Christian, who, always acknowledge, the superiority of God, loves and respect humanity.

Lagos Industrialist, Sir Olu Oke-Owo (a.k.a. Gibraltar), described the celebrator in glowing terms. He said “I may not have enough words to describe Ayo, he’s a hard-working man, very humble and focused. I love his style of music so unique. Upon all the awards and ovation he received from the public, he still stands firm with God; I congratulate and rejoice with him”

The Great Gibraltar, Sir Oke-Owo also matched his words with action as he announced a gift of One Million Naira to the development of The First Baptist Church Sanctuary Choir.

The celebrator Ayo Ajekigbe in his votes of thanks said he believed in the three words from the Bible “Grace So Amazing” and that played out on his Golden Occasion. Wahab Adeniyi.

READ ALSO: WHY I KILLED GAY MAN I MET ON FACEBOOK – SUSPECT REVEALS