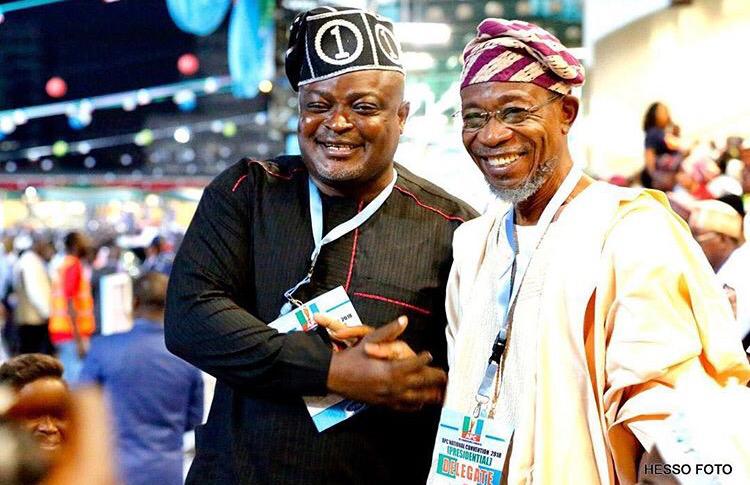 Birthdays come once every year and many people are filled with joy when it comes. It is a day of celebration for the 2-term governor and Interior Minister as he marks his 63nd birthday on Monday, May 25.

One of the people who have taken out time to wish the former governor of Osun state a happy birthday is the Honorable Speaker of Lagos State House of Assembly, Rt Hon. Mudashiru Obasa. In a statement released by his aide, Obasa rejoiced with Aregbesola for all he has achieved over the years in various fields of human endeavour.

Lagos Speaker joined family, friends and other well-wishers to celebrate with the minister on the occasion of his birthday, The Speaker prayed for the minister to enjoy a long life, good health and to continue in the service of the nation and humanity.

Meanwhile, many others have been wishing the politician a happy birthday. He was described by some as the best governor Osun has had.

Ogbeni Rauf Adesoji Aregbesola is the current Minister of the Federal Ministry of Interior of Nigeria. Before that he was the fourth civilian governor of Osun State. He is a native of Ilesa, Osun.

How Ladies Can Have A Flawless Skin – LAGOS Skincare Specialist, BUKOLA FASH