Home News Late Actor, Pastor Ajidara Set To Be Buried In May 25
News

Late Actor, Pastor Ajidara Set To Be Buried In May 25 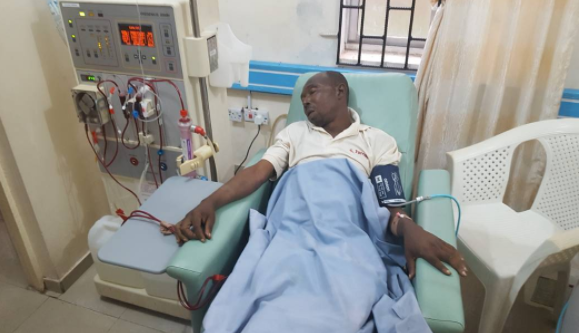 According to the family, a final farewell to the popular thespian would start on May, 24th for lying in state, while Service of Songs and Artists Night Farewell performance is slated for 25th.
The burial programme and entertainment of guests would be on the 26th of the same month.
All these would take place in Abeokuta but at different venues, which would be communicated later, including the deceased house.
The executives of TAMPAN from the Central Working Committee (CWC) and NEC are leaving no stone unturned to give him a befitting burial
Pastor Ajidara, as he was popularly known and until his death, was the governor of TAMPAN Ogun State chapter; a post he held with utmost passion and dedication for the profession.
The president of the Association, Omo’ba Dele Odule, has called on all members of the association as a matter paramount importance to get health/life insurance
He has also mandated all TAMPAN state chapters to put machinery in motion in order to make the health/life insurance for all practitioners in TAMPAN, a must

Late Actor, Pastor Ajidara Set To Be Buried In May 25 was last modified: May 12th, 2017 by Reporter