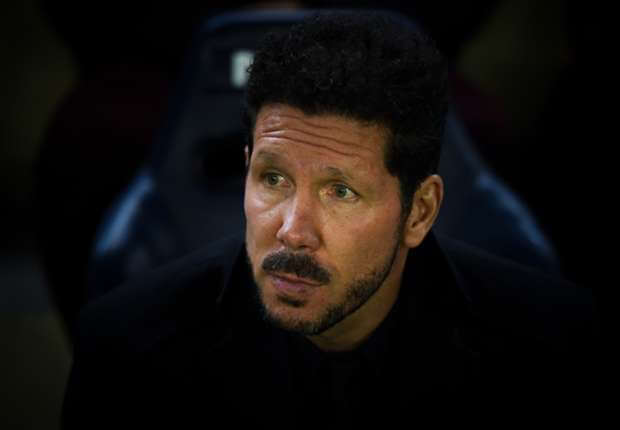 Las Palmas struck twice late on to beat the capital club 3-2, but the coach was not bothered as his side still progressed in the Copa del Rey.

Las Palmas rallied late to win 3-2 in the return fixture at Vicente Calderon as Atletico narrowly advanced 4-3 on aggregate.

Antoine Griezmann and Angel Correa struck in the second half to put Atletico in control following their 2-0 win at Las Palmas in the opening leg but lapses in concentration saw the Madrid club concede twice inside the final minutes.

Atletico head coach Simeone, however, focused on the positives, telling reporters: “It’s never nice to lose, but the positive of being in the quarter-finals is greater than the negative of this defeat.

“The final five minutes weren’t good. Yet I will take away plenty of positives from the match.”

Griezmann’s second-half goal took his tally to three in as many matches and Simeone said: “When [Griezmann] scores it looks like he’s playing better, but there are some matches where he doesn’t score despite also playing better.

“Obviously, though, it’s better for us if he scores. He opened up the match.”

Correa, who scored after Marko Livaja equalised for Las Palmas on the night, added: “I’m happy because it’s always nice to score and help the team but now we need to continue working for what’s coming.”

Simeone continued: “I thought it was a complete performance from the whole team.

“[Correa] kept up his improvement, as he always creates chances and is always working towards a goal. He’ll be important going forward.”