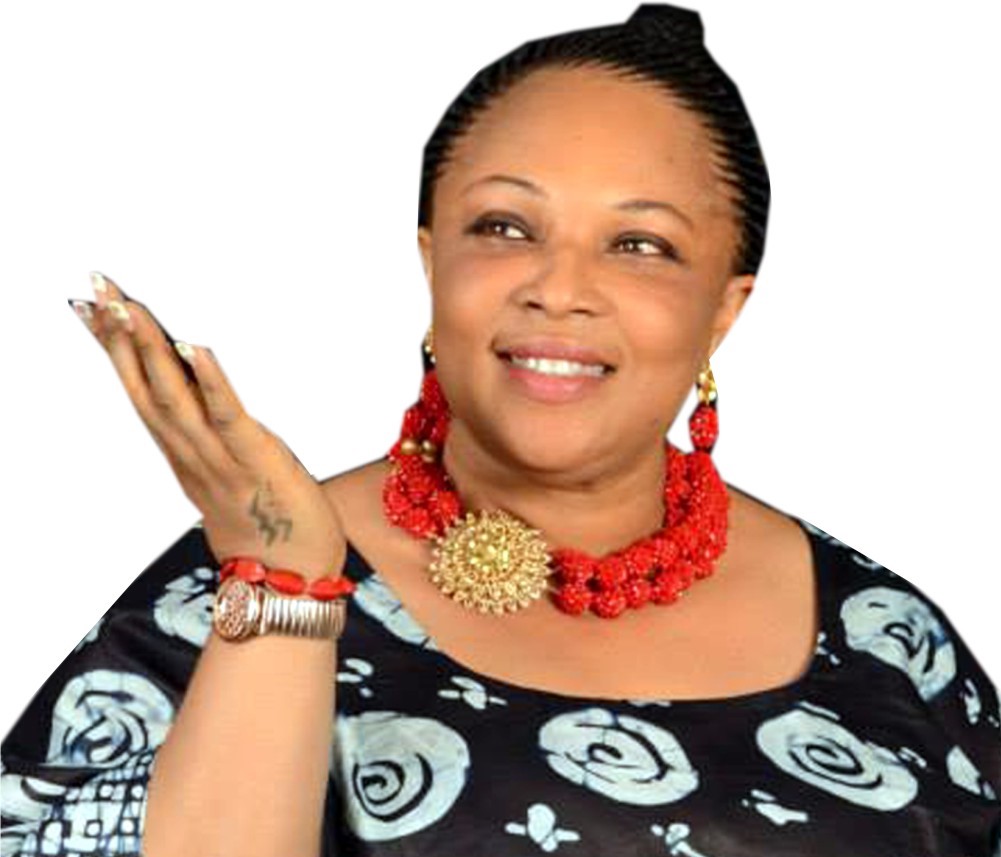 She doesn’t like being called a veteran actress. But she is one. This is because she has been around for years. Yeye Oge Rose Odika is the Governor, TAMPAN Oyo State. She has been acting for years. She started quite early and she learnt from the masters one of which is Prof Bode Sowande, one of the movie wizards domiciled at the University of Ibadan in the good old days. For those who don’t know lets quickly tell you that TAMPAN, which means Theatre Arts and Motion Pictures Producers Association of Nigeria, is the umbrella body for Theatre practitioners across all the states of the federation.

Last week Monday, City People Publisher, Seye Kehinde spent an evening with Rose Odika at the TAMPAN office at Yemetu area of Ibadan and she spoke about her tenure which will end soon and her plans to return to office. She is well loved by her over 2,000 members which act across the whole of Oyo State from Ibadan to Ibarapa to one Ogun. That the TAMPAN body in Oyo State is quite formidable can be seen in how it came 1st at the recent National Convention, Ogun 2018. Out of the 7 states that competed, Oyo State came 1st and the glittering cup it won is on the shelf in her office. During the interview, she also spoke about how she became an actress and movie producer who has produced about 8 movies of her own. Below are excerpts of her interview.

How have you found running TAMPAN, Oyo State as the Governor?

Its been God grace for a woman like me to lead TAMPAN Oyo State as governor for the past 4 years. We moved from one other association to form this. I am the first female Governor of TAMPAN and a pioneer Governor one at that, it put a lot of pressure and task on me.

So we have brought the 2 of them together to form a formidable association with a good term of 11. I used to tell my people that I am just a supervisor. We always sit down to strategies. At the early stages we came up with about 4 programmes that we do annually and that has really helped.

That geared them up to be actively involved in Theatre. We have a yearly seminar, that takes place every 3 months. Education is very important and key in our industry. You can’t be talking about what happened during Baba Ogundes time now. Things have changed from that time Education about the job is very important. We bring in seasoned hands who are experienced in the job to talk to us. This has helped to change the mindset of members. I can see that our members who joined us 4 years ago are better now and well focused now.

How come a lot of actors and actresses have over the last few years relocated to Ibadan to reside or act?

I thank God that this is happening at my time, my tenure. Its because Ibadan makes up relax. They are all welcome. Ibadan offers a good environment for them to shoot their movies. Ibadan offers them a lot of opportunities. Nobody is going to harass them. There is no task force to stop them that they have not paid the dues that are supposed to be paid by a producer. We have received the laws of the association. So that they can all relax to shoot good movies. That is why many of the producers decided to relocate to Ibadan. We have been able to open up more rules for them. For instance, my team went to talk to owners of hotels to that they should please reduce their price. This was a new movie. So they have found out that hotel bills are not so high here. So they are coming to Ibadan because of the free environment and people are warned.

The actors you have in Ibadan are seasoned actors. They are good in all these traditional movies. Many producers come here because they know that a lot of actors reside in Oyo state.

You have been an actress for years how has it been?

Wow. By Gods grace came February 2019, I will be 30 years on stage. Well, I joined acting early in life. I started acting when I finished my secondary school. I started at the age of 17. And I came to limelight at the age of 20. From that time till now it has been  Gods grace. That God for strength and my youthful look. That has helped me get more scripts and roles. I am good in any role they ask me to play.

Why I Made My Wife My Manager – SHUGA Band Boss, AKIN Reveals