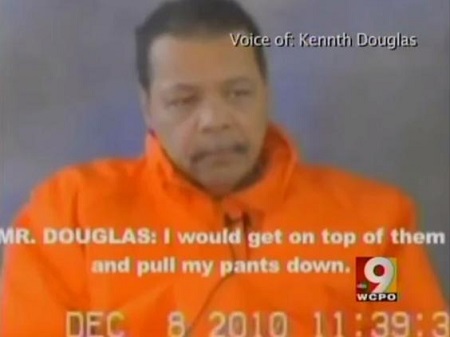 A man has made a shocking confession about how he has had s*x with as many as 100 dead women inside a mortuary.

Kenneth Douglas, a 60-year-old man has admitted to having s*x with up to 100 corpses, some of whom were murder victims, while he was drunk or high on drugs.
According to The Indepdendent, Kenneth Douglas worked as a morgue attendant in Ohio, USA, between 1976 and 1992, where he committed the sexual crimes against the dead women while working the night shift.
He admitted to sexually abusing the cadavers of three women between 1991 and 1992, two of which were murder victims, and disclosed in a deposition that he had had s*x with up to 100 corpses over a period of 16 years.
“I would just get on top of them and pull my pants down,” he is seen telling the court in a deposition video obtained by WCPO.
The former morgue attendant’s crimes have only come to light in their entirety after the families of Douglas’s victims were told they could sue Hamilton County in Ohio by a Federal appeals court.
The county now faces a Federal lawsuit and huge legal bills after a panel cited evidence that Douglas’s supervisors knew he was getting drunk and having sex with corpses while on the job.
“If I hadn’t had anything to drink when I went into work, it wouldn’t happen,” he said in his deposition. “I would do crack and go in and drink and go in.”
His wife said in the deposition that she had attempted to alert the morgue supervisor, claiming that Douglas would return after work smelling like sex and alcohol.
“He said, ‘Whatever happens on county time and on county property is county business’,” she claimed.
The county has claimed the abuse of the women were the unknown criminal act of an employee, and that it should not be held liable.
Douglas wasn’t discovered until 2008 when his semen was found on a murder victim, the 19-year-old Karen Range, who was killed by a door-to-door salesman. Her killer, David Steffen, admitted to her murder but denied the rape charge made against him.
Douglas admitted to having had sex with Range’s corpse when she died in 1992. Her body had been slashed and she was reportedly nearly decapitated.
In 2012 he also pleaded guilty to having sex with the bodies of April Hicks, a 24-year-old woman who had fallen from a third-story window and who had died from blunt trauma, and to having sex with Charlene Appling on the day she died, between 1991 and 1992.
This Man Has Had Sex With Up to 100 Dead Women Inside the Mortuary was last modified: June 5th, 2017 by Arinze Ago