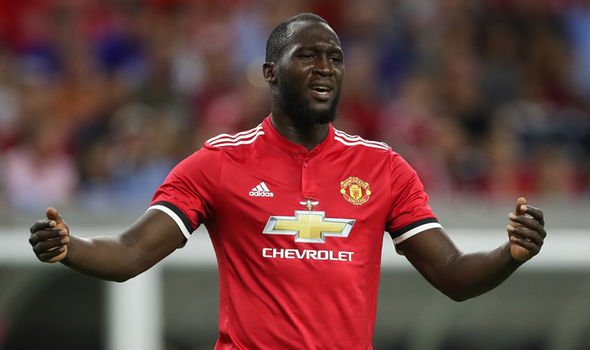 Inter Milan have reached an agreement with Manchester United to sign striker Romelu Lukaku for a fee that could rise to 80m euros (£74m).

In July, United rejected Inter’s £54m bid for Lukaku, who was fined by the club after missing training on Tuesday.

Belgium international Lukaku, 26, has trained at his former team Anderlecht for the past two days.

Lukaku’s agent, Federico Pastorello, flew to London on Wednesday in an attempt to resolve Lukaku’s future.

Later that evening, Pastorello posted a photo on Instagram of them on board a private jet with the caption: “Ready to take off. Direction Milano.”

United and Inter Milan had been some way apart in their valuation, with United wanting to recoup at least the £75m they paid Everton two years ago.

Inter and fellow Serie A side Juventus have been competing to sign Lukaku, who did not play in pre-season because of an ankle injury.

Inter manager Antonio Conte – who wanted to sign Lukaku when he was Chelsea boss – has said he remains his number one target, adding: “I consider him a player who could improve our team.”

United have an interest in Juventus’ Croatian forward Mario Mandzukic, 33, who could reinforce their forward options.

Lukaku moved to United from Everton in 2017 and at the time was only the fourth player to score 80 goals in the Premier League before turning 24 – after Michael Owen, Robbie Fowler and Wayne Rooney.

In his debut season, Lukaku became one of only 11 United players to score 25 goals or more in a campaign since 1992-93. Cantona, Andy Cole and current manager Ole Gunnar Solskjaer (25 each) are among the strikers who never matched Lukaku’s 27-goal tally in a United campaign.

He has scored 42 goals in 96 appearances for United but was often overlooked in the second half of last season in favour of England striker Marcus Rashford.