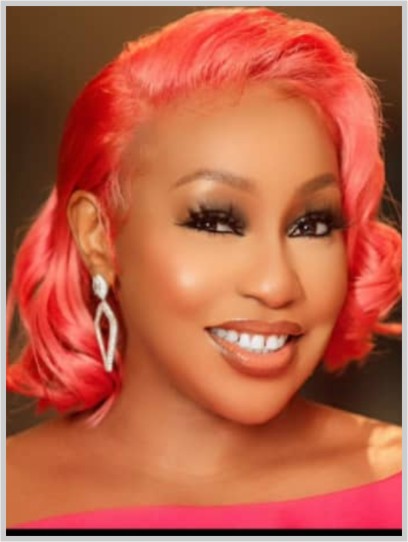 It’s no more news that true friendship is one thing that doesn’t last for long in the entertainment industry, more especially among the female stars. This is mainly because jealousy and competition is the order of the day in the industry.

They often prefer to envy each other and also strive to outdo each other in everything. But despite this stiff competition, there are some actresses who are not only successful but also have their league of friends who are always loyal to them. And they do a lot of things together.

Also when they have events or parties you will definitely see them in good numbers to support their own. Come what may, they are always there for each other through thick and thin.

Iyabo Ojo, take it or leave it, is a force to reckon with in the industry. Her success story has remained a source of inspiration to lots of younger stars in the industry. She started her career from very scratch and through hard work, dedication and determination, she made it to the very top.

Today, she is rated one of the most successful and most sought-after actresses in the entertainment industry, featuring in outstanding English and Yoruba movies back to back. And her craft and skills have equally earned her mouth-watering endorsement deals.

Many describe Iyabo as one person that doesn’t enjoy flourishing alone, once you are in her circle, it is mandatory you excel in your endeavours as well. She has a good number of close friends in and outside the movie industry, with whom she has been friends for years and they always stick together.

The likes of Tosin Abiola who happens to be her bestie, one-time actress, now real estate queen, Dr. Ololade Abuta, Bimbo Success, Kudirat Alagbo, Dayo Amusan, Toyin Lawani, Sikiratu Sindodo, Toyin Abraham. These beautiful actresses maintain a very cordial relationship with Iyabo Ojo and they always turn up for her events and show her all the necessary support when she is having events, and Iyabo Ojo does the same for them in return.

Funke Akindele is an award-winning actress and one of the most successful and brilliant movie stars in the industry who has done brilliantly well for herself in the industry. She hit it big after the series “I Need To Know”, which shot her to the limelight.

Their relationship is beyond just working on movies, they have a relationship outside working together in movies and they have been friends with Funke Akindele for years now.

Toyin Abraham award-winning actress, popularly known as world’s best by fans is another beautiful actress in the industry, that her success story will inspire you any day anytime. Besides being very close to Iyabo Ojo, Toyin Abraham also maintains a very good and cordial relationship with few people in the industry such as Kehinde Bankole, Nkechi Blessing, Bimpe Akintunde, Joke Jigan, Kiitan Bukola. She doesn’t necessarily flaunt or talk about their relationship every now and then on social media but they are close.

Mercy Aigbe, the ever-stylish and fashionista screen goddess, often hangs out with the celebrity stylist CEO Luminee who designs almost all her outfits. But besides her, Mercy maintains a very close relationship with Kemi Afolabi, and another pretty Yoruba actress, Toro Aramide, a United Kingdom-based actress, who she often refers to her bestie, and they sometimes advertise Mag Divas clothes together in different colours.

These pretty actresses also maintain a very cordial relationship with some other pretty ladies outside the movie industry.

Beautiful actress and mother of one, Adesua Etomi, besides being a best friend to Linda Ejiofor another popular Nollywood star. She is also very close to Jemima Osunde, Bimbo Ademoye.

Uche Jumbo is an actress, screenwriter and film producer.

She is known not just for her close to perfection acting skills but also as a fantastic scriptwriter. Most of her movies are blockbusters.

Uche is one of the most sought-after actresses in the entertainment industry, featuring producing and directing movies back to back.

She maintains a very close relationship with Ini Edo, Omoni Oboli, Chioma Chukwuka and Ufuoma Macdermoth and their friendship has lasted for years, but they always support each other, especially when Uche, Omoni, Chioma and Ufuoma tagged themselves as the fantastic four and they do almost everything together like traveling out of the country on holidays and all that.

Then she also maintains a very cordial relationship with Seyi Edun, they are so close that Seyi was the only movie actress that attended her private wedding last year.