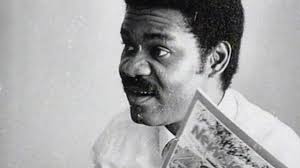 In the late 70s, Nigeria witnessed the birth of a new newspaper called The Concord Press of Nigeria which attracted a lot of brilliant minds.

Because Bashorun MKO Abiola the Publisher of the new media outfit funded the venuture well, it attracted  a galaxy of star writers and reporters, many of whom have today become big players in the media, business, politics and government. The Idea of establishing the newspaper was conceived by Bashorun Moshood Kasimawo Olawale Abiola in 1979. He later brought in foremost journalist, Prince Henry Odukomaya to help actualise this dream in September 1979.

Thus Concord Press of Nigeria Limited, (CPN) was incorporated in Lagos on 17th December 1979 by MKO, who is the Publisher and Chief Executive of the company, Bashorun Moshood Kashimawo Olawale Abiola, was  the winner of the June 12  1993 elections which was annulled. He was one of Nigeria’s greatest industrialists and Philanthropist. The N6 million publishing house was commissioned on March 1, 1980 and the maiden edition of  National Concord, a daily publication rolled off the press the same day.

The establishment of Concord changed the face of newspaper journalism in Nigeria. Instantly, CPN became a Mecca of sorts and worthy reference points for Nigerian journalists and communication students. With hefty pay packages, Abiola poached and attracted the best media practitioners to his establishments and thereby, fashioned for himself, a favourable image among his kin and across the country. Apart from National Concord, there were 24 other titles like Sunday Concord, Business Concord,  African Concord Magazine, Weekend Concord and over 12 community newspapers each serving the interest of some identified readership.

Sprawled on a large expanse of land at 42 Concord Way en-route the Murtala Mohammed International Airport, Ikeja, Lagos, the publishing outfit also had newspaper titles like Isokan, Amana among the community newspapers.

There was also a paper in the Concord stable called SUNDAY CONCORD. This was a weekly newspaper which was launched on March 2, 1980, a day after the launch of  National Concord. It circulated all over Nigeria and in some selected African countries. It maintained  an average weekly circulation of 650,000 copies with an estimated readership of 8 million people.  The pioneer Editor of Sunday Concord was Mr Dele Giwa who was popular with the reading public  because of his descriptive style of writing. In 1984, Mr Giwa left the Concord group to establish the  Newswatch Magazine. Other Editors of Sunday Concord were Mr Sina Adedipe who like his  predecessor introduced englightening and entertaining columns which turned the Sunday Concord around. He was succeeded by MrTunji Bello and later Mr Kayode Komolafe.

There was Business Concord. The was a bi- weekly Financial/Economic newspaper established in 1982 specifically to serve the interest of the specialized readership in Banking, Insurance, Industries, Universities as well as the monetary authorities in the public sector. Business Concord later became the most authentic financial news journal in the country under the Editorship of Mr Stanley Egbochuku, an experienced financial Journalist and analyst.

His intellectual skills enabled the newspaper to reach prominence in the league of financial journals in Nigeria. He was later succeeded by Ms Rose Umoren, another erudite financial Journalist of repute.

A premier Pan African Magazine known as “African Concord” was launched in July 1984. There were two Editions of this Magazine, the London edition and the Nigerian Edition – each analyzing news as they reflect individual political culture of their circulating market. African Concord was the most refreshing, spiced, vibrant and interesting magazine that analyzed news as the events unfolded. The magazine organized the first ever “International Conference on food crisis in Africa” and The first” International Conference on Reparations for Africa”. The greatest source of strength for the magazine was it numerous correspondents all over the world. The Editors of African Concord were Mr Lewis Obi and Mr Fidel Odum in charge of Nigeria and Europe Editions. Mr Obi was later succeeded by Mr Bayo Onanuga, a prolific writer and Editor who later left the Concord Group to start “The News Magazine.”

From the Concord stable came the popular Weekend Concord, the first Saturday Newspaper in Nigeria which introduced the family concept into Nigerian Journalism in 1989. The arrival of Weekend Concord newspaper, edited by Mr Mike Awoyinfa revolutionized Journalism in Nigeria and turned the weekends to the most competitive in the media industry. The editorial focus of weekend concord spanned the gamut of human experience – from business to politics, from arts leisure, entertainment, to sports .. The strategy adopted by Weekend Concord was to treat all issues from the human angle no matter how complicated and technical they were. With generous support and goodwill from readers, Weekend Concord became the highest selling newspaper in Nigeria.

A pull-out from the Weekend Concord named Mini-Concord, was dedicated to the development and improvement of writing in children. It featured entertaining and educative articles aimed at stimulating children’s interest in reading and writing their own stories.

The administration proscribed the publication as well as prohibit from circulation the following Newspapers around 1993, Africa Concord Magazine, Weekend Concord, Sunday Concord, National Concord. It is interesting to note that despite all these, the worst and turbulent experience was under General Sanni Abacha’s regime of 1994 to 1998 which did not botherto woo or befriend Nigerian Press.

But the good thing is that today many of the big players in public office are products of Concord. In The Media,  Politics, Business & Public Service, not many  know that late Chief M.K.O Abiola’s Concord Press, has produced many prominent persons in Nigeria, who have gone on to set up their own businesses. Some went into Politics, while others have gone ahead to occupy key positions in government and public service.

For instance,  Bayo Onanuga is the Managing Director of News Agency of Nigeria (NAN). He had worked at National Concord as Senior Features Writer in January 1985 and later Senior Correspondent for African Concord, the weekly Magazine. Onanuga became editor of the magazine in 1989 and in April 1992 resigned his appointment to found The News group in 1993 along with some of his colleagues at  the Concord.

Babayemi Ojudu has been a Senator of the Federal Republic of Nigeria. He is currently Special Adviser on Political Matters to the President. He is a product of OAU where he bagged Bachelor Degree  in English  language in 1984. in 1987 he completed a Masters degree in Political Science at UNILAG In 1985 he joined the Guardian as a Reporter –Researcher.  In 1987, he left The Guardian to join The African Concord magazine as a Staff  Writer, rising to become an Assistant Editor before leaving in 1992 to co-found  The News magazine.

Tunji Bello, the current Lagos Secretary to the state government   (SSG) too is a product of Concord Press. He rose to become the Political Editor and Editor of The Concord before he left, to work elsewhere.

Not many people know that Bashorun Dele Momodu and  Larry Izamoje are products of Concord Press Ltd. Dele Momodu is the CEO and Publisher of Ovation International.

A graduate of Yoruba from University of Ife  now Obafemi Awolowo University, Momodu in May 1988 got his first job in the media as a Staff Writer with the African Concord magazine. A year later Bob Dee, as he is called, was transferred to Weekend Concord as a Pioneer member of  Staff. He wrote the first cover story for the newspaper in March 1989.

Unknown to many, Larry started his journalism career as a Reporter with Concord Press of Nigeria. He rose through the ranks to become the Deputy Group Sport Editor between 1986- 1990.

Also, not many people know that Jonas Agwu, the Assistant Corps Marshal, Federal Road Safety Commission, is an ex-Concord Press Staffer. He studied history at UNILAG, in 1985 bagged an MA in History from the same University in 1987 and in 1990 went to Daily Times Journalism Institute for a PGD in Journalism.

It was at that time he took up a job with Concord Press Limited where he worked under the tutelage of Tunji Bello before joining the services of FRSC in 1996.

The above list contains only the names of our members that we are able to reach presently. The list will be updated in future.

Meet The Big Boys Who Passed Through Concord And How They Now Play Big Today In Nigeria was last modified: December 19th, 2016 by Daniji Emmanuel