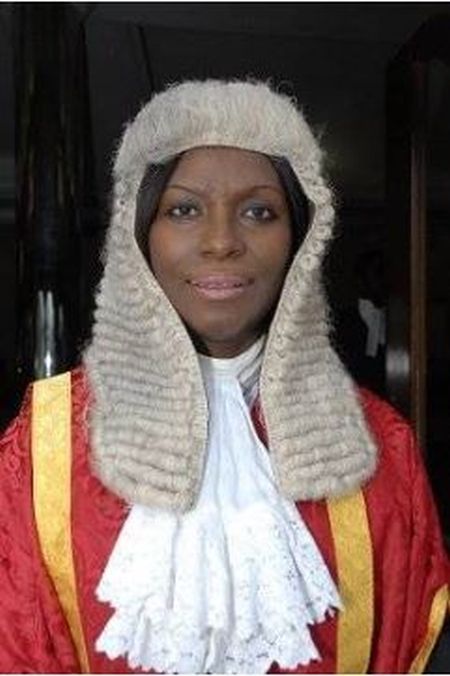 Jolly Nyame will forever remember the face of the judge who yesterday looked at his face and slammed him with a lengthy jail term behind bars, forcing tears down his eyes.

This is Justice Adebukola Banjoko of the Federal Capital Territory High Court who found former governor of Taraba State, Reverend Jolly Nyame guilty for criminal breach of trust on Wednesday.

She was so appalled at Nyame’s brazen theft of public money that she bellowed:-

“There’s no moral justification for the level of outright theft, and the Court must therefore, impose a statement, hopefully as a deterrent to other public officers, who may be similarly inclined”

“From the totality of facts before the court, Nyame approved N250 million for purchase of stationery, but is found to have no intention to fulfil the purpose,” Justice Banjoko held.

Justice Banjoko also noted that Nyame, a clergyman, as governor of Taraba, breached the trust reposed in him by the indigenes of the state, when he misappropriated N250 million which he approved purportedly for the purchase of stationery for the state.

In a ruling which lasted more than 4 hours, Justice Banjoko found Nyame guilty of 16 counts, bordering on criminal breach of public trust.

Nyame had during the trial denied knowledge of Salman Global Ventures Limited.

But Justice Banjoko disagreed, saying that, “immediately the fund was released, his verbal instruction was given, that N180 million be paid to Salman Global Ventures”.

The judge further added that: “the audacity of the defendant to divert N180 million from the N250 to the company, shows that he had more than a casual interest and so can’t hide behind a screen”.

The angry judge sentenced him to a total of 28 years in prison, 14 years of which was for criminal breach of trust.