Home News Meet Top Celebs Who Turned 60 This MAY
News

Meet Top Celebs Who Turned 60 This MAY 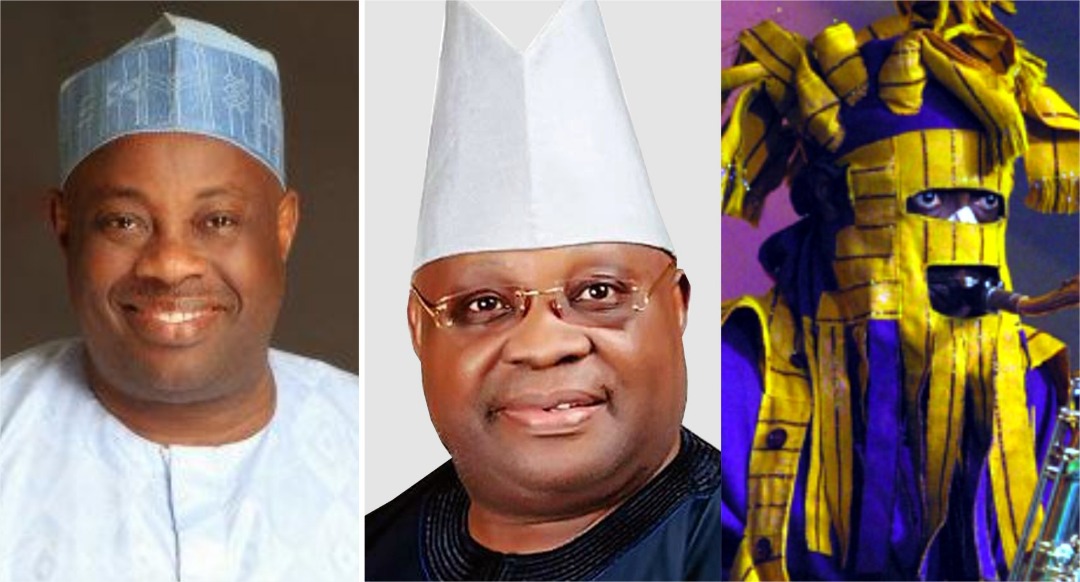 Strolling gracefully into the diamond club are these set of celebrities who really don’t look 60. Some of them had a quiet celebration in their homes due to COVID 19 while some celebrated theirs in a big way on the new zoom virtual party which has been embraced by many people now.. These set of men turned 60 this May which is their birth month. They are top celebrities who wield enormous influence within the social scene. They are a set of celebrities who do not host small parties. If there had not been COVID 19, they would have shut down major cities and event centres in their respective areas. One peculiar thing about all of them is that they are ageing gracefully. They are top celebrities in their own right, they are making waves in the corporate and social world. On this list is Ovation publisher, Dele Momodu who clocked 60 on Saturday, May 16th.

He hosted an online party which was attended by top dignitaries such as VP Osinbajo, Governor Sanwo-Olu amongst others. Attendees of the virtual birthday bash also enjoyed performances from Ayefele, Kwam 1 and Shina Peters and other showbiz stars who numbered up to 10.

The popular media executive did not let the coronavirus rules on social gathering stop him from making the most of his special day and the party was also televised on HipTV.

Next is Senator Ademola Adeleke, the foremost politician turned 60 on May 13th. He never had any party but was celebrated by his close-knit families and loyalists across the globe especially in Osun State. He was a Senator representing Osun-west senatorial district until June 2019. He is from the prominent Adeleke family of Ede in Osun State. Ademola Adeleke is a businessman and administrator; he was the group executive director at his brother’s company, Pacific Holdings Limited. Prior to joining Pacific Holdings Limited, he had worked with Quicksilver Courier Company in Atlanta, Georgia, US, as a service contractor. He progressed to Origin International LLC, Atlanta, Georgia, US, a flavours and fragrance manufacturing company as Vice President. The father of two Nigerian musicians by name B-Red, Sina Rambo, and an uncle to the Nigerian singer Adeleke David, also known as Davido has been nicknamed “Dancing senator “ because of his dancing skills.

We can’t also forget the senior pastor of The Redeemed Christian Church of God (RCCG) Region 20, City of David and the head of Apapa Family, pastor Idowu Iluyomade. He clocked 60 on Thursday, May 14th. He was widely celebrated by members of the Redeemed church worldwide led by the G.O, Pastor Adeboye. His parish, City of David also held many activities online to celebrate him The highlight of the birthday was the private family party held on his behalf by his delectable wife, Pastor Siju Iluyomade. She made sure all the ambience of the church and office was well decorated for her husband’s 60th birthday. They both took pictures with their numerous cakes and later had a special virtual online praise party for him. Amongst the gospel artistes who serenaded guests online were popular saxophonist, Bee Jay Sax and Saxtee. Pastor ID is also the Special Assistant to the RCCG General Overseer on Christian Social Responsibility (CSR). He is a Lawyer and a Philanthropist.

Pastor ID attended the International School, University of Ibadan and trained as a Lawyer at the University of Ife (now Obafemi Awolowo University) IIe-Ife and the Nigerian Law School. He was subsequently called to the Nigerian Bar in 1982 and has since been in private legal practice. As a Lawyer, he is an advocate who enjoys the essence of advocacy and attends Court regularly, representing high net worth clients and blue-chip companies. He is a Board Member of Aboil Energy Services Ltd – Managing Director, Axiom IT Systems Ltd -Chairman, Visible Assets Ltd – Chairman among other Boards appointments. He has attended various International Seminars on leadership and training. He is also a member of the Nigerian Bar Association and Ikoyi Club 1938. He was the Vice-Chairman, Pastor Enoch Adeboye Endowment Fund, University of Lagos and University of Ibadan.

One top corporate woman who also turned 60 few days back is popular interior decorator, Ifeyinwa Ighodalo. She clocked 60 on Thursday, May 14th. She is the pretty wife of Lagos popular lawyer, Asue Ighodalo. She had a very nice private birthday with her family. Her birthday soirée trended on social media as her zoom party was also attended by many corporate individuals. She was celebrated on many social media pages. From the University of Nigeria, Nsukka, but upon realizing her passion for interiors, in 1987, she established Design Options Ltd., a prestigious interior decorating and furniture manufacturing outfit. Since inception, Design Options has grown to become and is now widely recognized as one of the country’s very best in its area of expertise, in recognition of which it was honoured with the 2004 St. Moritz Style Award for Interior Design. Her company name is now D.O 11. She is a volunteer mentor for the mentorship programme of Fate Foundation. They are blessed with a beautiful daughter.

Another big politician who will clock 60 this May is Ogun State governor, Dapo Abiodun. He was born on Nigeria’s democracy day, 29th.

Dapo Abiodun is a well-grounded businessman who has contributed to a large extent to the growth of the economy and Nigeria as a whole. No wonder he was conferred with the award of the member of the Order of Niger. Saying he is rich is an understatement and he is also one of the employers of labour. He lives big and he does not hide it though he is not a loud person. He sits atop a conglomerate, Heyden Petroleum. He dines with the rich and lives large. This says so much about the company he is surrounded with. He has some caucus of good and rich friends who have always been close to him for many years. In just a short while, he has taken Ogun State to an enviable height. Many people were already looking forward to how he will celebrate his birthday.

Dapo Abiodun was born to a royal family in Iperu Remo. He is married to Bamidele Abiodun and they have 5 children.

One of Nigeria’s award-winning artist, Bisade Ologunde popularly called Lagbaja also turned 60 this year. The Nigerian singer adopted the name Lagbaja (meaning ‘anonymous’ or ‘faceless one’ in Yoruba) as he embarked on his career in the early 90s. He is well known for his highlife music. He was also widely celebrated on his birthday, 19th May.

Meet Top Celebs Who Turned 60 This MAY was last modified: May 26th, 2020 by Tayo Oyediji