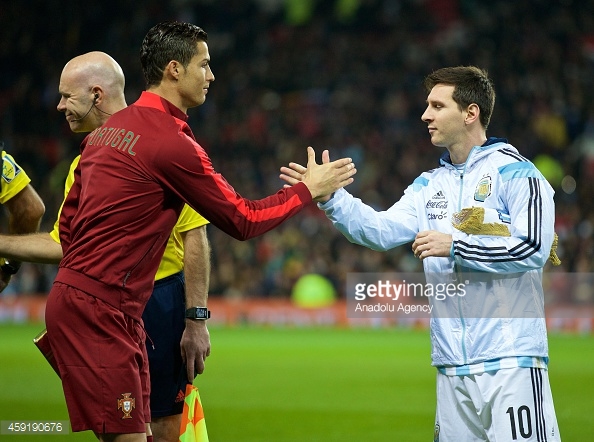 Lionel Messi has joined his bitter rival, Cristiano Ronaldo after he scored his 100th goal in European competition.
His goal helped Barcelona moved closer to qualifying for the Champions League knockout stages as the Catalonians outclassed Olympiakos 3-1 on Wednesday despite playing the entire second half with 10 men.
Gerard Pique was sent off two minutes before halftime for two bookings, one for tugging an opponent’s shirt and the other for slapping the ball into the net.
However, Barca were barely threatened by a hapless Olympiakos side who are badly under-performing in their Greek title defence.
The Athens club, who won three league titles and two domestic Cups under current Barca coach Ernesto Valverde, are fifth in the standings in the Greek top flight and have lost all their games in the Champions League.
Barca took the lead in the 18th minute on a rainswept evening at a sparsely attended Nou Camp when visiting defender Dimitrios Nikolaou turned Gerard Deulofeu’s cross into his own net.
It was the fifth own goal Barca have benefited from this season in all competitions.
Messi struck his landmark goal in Europe from a free kick in the 61st minute to double Barca’s lead.
It was his 97th goal in the Champions League, while his other three strikes in Europe came in the UEFA Super Cup.
The Argentine then carved his way through the hapless visiting defence moments later to tee up France left back Lucas Digne to score his first goal in the Champions League for Barca.
Greek defender Nikolaou put the ball in the net for the second time in the game by heading home from a corner at the other end to give Olympiakos a scantly-deserved consolation goal in the 89th minute.
Barca top Champions League Group D with nine points after winning their first three games and are six ahead of Juventus. A win at Olympiakos in two weeks will seal their place in the last 16.
“We are feeling very good in the league and Champions League and we have to keep going like this,” Barca’s Sergi Roberto told reporters after his side recorded a 10th victory in 11 games.
“We are frustrated to have conceded a goal although by then the game was almost over.”