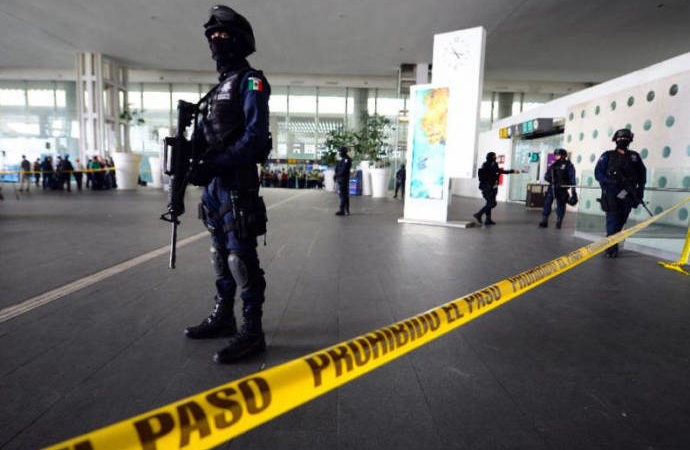 Mexico’s ruthless drug cartels left the country with the world’s highest murder rate last year, second only to Syria, a report released on Tuesday by the London-based IISS said.

There were 23,000 homicides in Mexico during 2016, compared to 60,000 in Syria which has since 2011 been wracked by civil war, according to a report by the International Institute for Strategic Studies (IISS).

“It is very rare for criminal violence to reach a level akin to armed conflict.

“But this has happened in the Northern Triangle of Central America (Honduras, Guatemala and El Salvador) and, especially, Mexico,” said Antonio Sampaio, a researcher at the security and conflict institute.

The three Central American countries have seen a year-on-year fall, accounting for 16,000 murders last year, while Mexico saw an 11 percent increase in the same period.

The level of violence in Mexico was attributed by Sampaio to the December 2006 decision by the country’s then-president, Felipe Calderon, to declare a “war on drugs” in an attempt to crush the cartels.

“But the resulting conflict brought misery to Mexico: 105,000 people lost their lives in intentional homicides between that month and November 2012,” the IISS researcher said.

The continued high homicide rate is due to the incumbent Enrique Pena Nieto’s failure to fulfil his promise of demilitarising the fight against drug traffickers, Calderon claimed.

Mexico the world’s bloodiest country after Syria – report was last modified: May 10th, 2017 by Arinze Ago

I blog often and I seriously appreciate your content.
Your article has truly peaked my interest. I will bookmark your blog and keep
checking for new details about once a week.

I opted in for your Feed too.