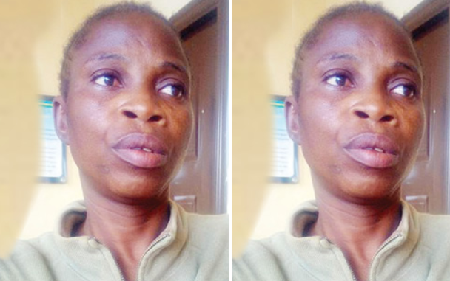 The wife of a traditional ruler, Oba Morufudeen Olawale, and two persons suspected to have set ablaze the house of her rival, killing her three-year-old step-daughter in the process, are currently cooling their heels in police detention.

The monarch’s wife was arrested by operatives of Osun Police Command yesterday, following report made by Oba Morufudeen Olawale, the Alabudo of Abudo in Egbedore Local Government Area of Osun State.

The Commissioner of Police in the state, Mr. Olafimihan Adeoye, alleged that the suspect and her accomplices, at about 1a.m. on June 6, left their base in Ede for Abudo, where the other wife and her late daughter reside and set her house ablaze, while both were inside.

He said the inferno led to the death of the minor, while the other wife was seriously injured. The Police Commissioner said she is currently receiving treatment at a private hospital. Adeoye said Police investigation revealed that the suspect was the third wife of the monarch, while the victim’s mother was the fourth. He said the three suspects would soon be charged to court