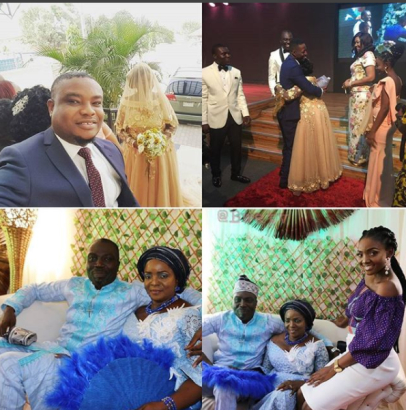 Few weeks ago, there was a viral report that Ms. Jedidiah Ogunleye ‘Simi’s mum will be getting married this January.

Ms. Jedidiah Ogunleye and her estranged husband got separated in 1997 and she’s been single ever since. Simi’s mom who shared the testimony of her engagement at church on the eve of the New Year, said:

“I joined this church for over 20 years as a sinner. I will like to say a big thank you to Pastor Sam. My desire has always been to get married. Every Sunday, I’m always ushering couples to their seat and I love to see these couples ushered into the church because marriage is something I so much desire. Getting married has always been a particular goal I rewrite every year. My daughter Simi once told me that

“mummy, this church you are going, it’s just young boys and youths that attend this church, you may never find a man of your age in that church.”

But I trusted God too much.

Just this year a man walked into my life and as you can see, I am now engaged and would be getting married in January 2018.”

According to sources present, just before the singer’s mom began sharing her testimony, the congregation was already screaming and Simi’s mom had to keep the congregation quiet in order to be heard. She was full of great excitement as she showed off her ring to the whole church.

The singer’s mum walked down the aisle and Simi played Chief Bridesmaid role at the event. Here are photos below; 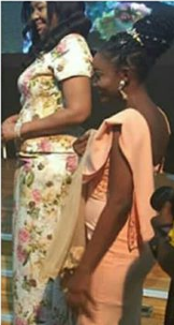 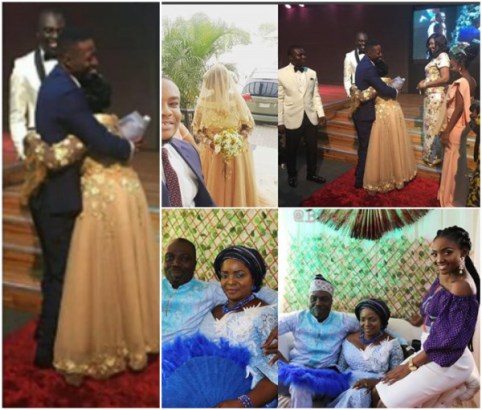 On the other hand, not so many know that popular singer, Simisola Bolatito Ogunleye known by the stage name “Simi” used to be a gospel musician. Simi grew up dancing and singing as a member of her local church’s choir until she wrote her first song at the age of 10. Her professional musical career started in 2008 following the release of her debut album titled Ogaju which contained songs like “Iya Temi” and “Ara Ile” with the entire musical production from Samklef