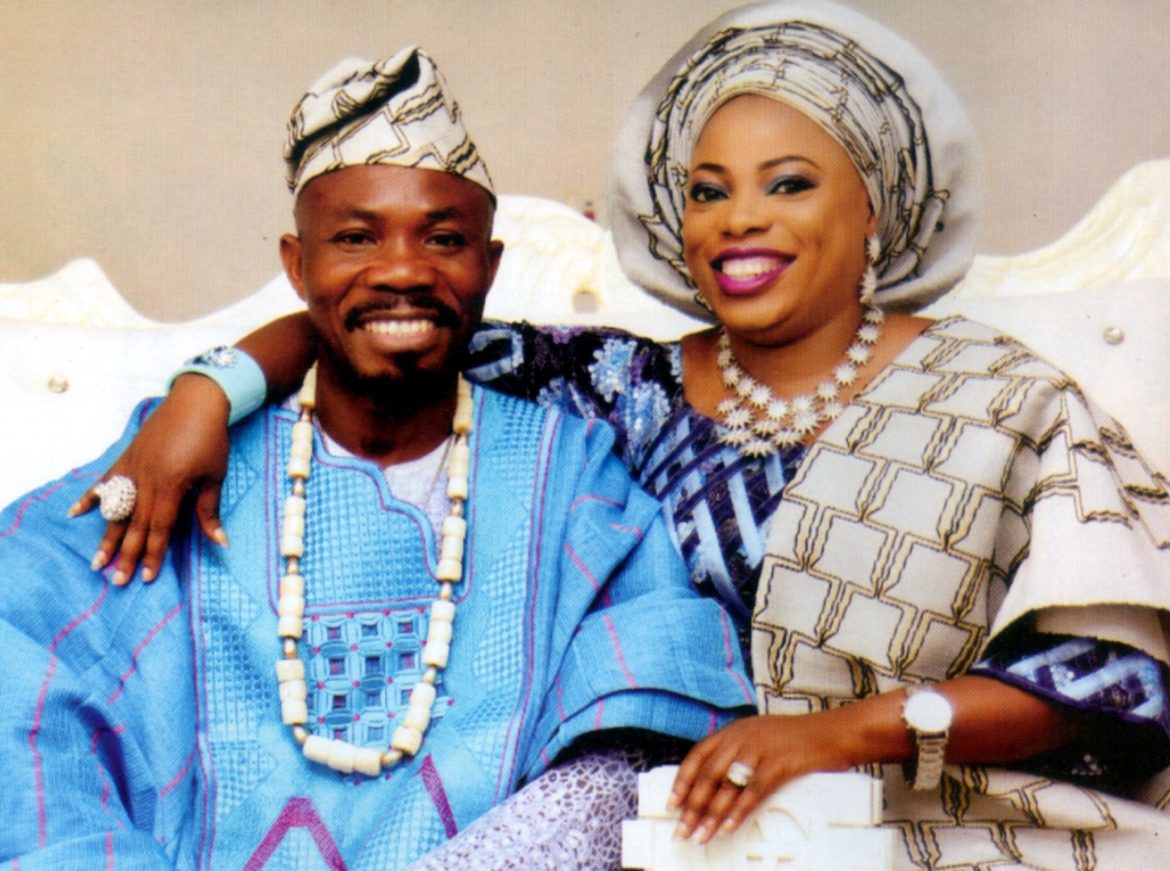 The crave to raise his spirituality and tap power from almighty God drove Israel Olubori to seek assistance through deprivation and he succeeded as God granted him the power to excel. Read what he told City People about the unusual experience.

What has been your experience running a ministry like this?

This is a ministry that started in a very remote area in Ibadan. It started from nothing with nothing. We had nothing. We started on bare ground with a make-shift roof over our heads. We used to go to a nearby stream to cut palm fronds to cover our heads. But the rise of the church has been gradual and we have to give God all the glory from one level to another, we have risen to this height and we give glory to God once again.

There is a particular picture that everyone who comes to Haulah Mountain always sees at the entrance, depicting what you have been through.

Recalling the 40 days fasting and prayers that you observed years ago. Can you share with us the experience and why you did it?

I don’t like mediocracy. I have an idea that if you want to be something, then be the best. When I was called to ministry I did not feel the power the way I should feel it. I don’t feel His presence.

Whenever I wanted to preach, I had to read books of great men of God before I could preach. I didn’t have any inspiration. One day, the Holy Spirit spoke to me that I should embark on a journey. I asked what kind of journey.

Then, I went to Erinho Mountain and told my wife that I would like to go for 40 days and 40 nights without food. She said “no, we’ve been doing 21 days every year, we should continue with that” I disagreed, I said I wanted to do what my other colleagues could not do. I have to go beyond a limit that I had set for myself. If Jesus could survive it, I would. If Moses, Elijah, Babalola could survive it, I would survive it.

I told them that I was not Ogbere Pastor, I was destined to be a global Pastor. And God told me, “you have children whom you have not seen, pray to bring them out”. So I prayed for His anointing, for His impartation and the growth of the Ministry. And then, the ministry was a one-sided ministry.

So, everybody who came to the church wanted to see Mummy, so I felt the need to now do something on the Apostolic aspect as well.

So, I got fully baptized, empowered to perform the task ahead, that was how I embarked on it. Then, after 41 days, I started on August 25th and finished in October 2001. On the anniversary day that I completed the fasting, people were crying. I was not given the privilege of seeing the sun or the moon for 40 days. I was indoor locked up in a very small tiny room, with no access to anyone except my wife and children and since then things have never been the same again.

You have your calling, while Mummy had her own, can you explain the difference?

When Christ them, He sent them in twos. Apart from that, you will find out that the calling of one person could never be the same as the calling of another, and they should not operate under the shadow of each other.

We just have to find an agreement, a common ground to blend the two, the Apostolic and the Prophetic aspect and God has been at work. I give Him all the glory. My wife started before I came into the ministry. She had been a prophetess at a place in Olomi area, from there she went to Muslim area, where she rented a house, while she was there counseling people before the church started, then we started as a prayer group at Ori-Oke Ojo Mountain, that was where we met. I met her on Ojo Mountain.

She was at her prayer group’s meeting when we met and since then, we have been together.

The marriage was held on Olorunkola Mountain by Baba Olorunkunle.

What has kept the marriage strong and stronger?

I will say mutual respect and understanding. We respect ourselves, we understand ourselves and we tolerate each other. We have a common ground of agreement and the grace of God has been sustaining us.

You re-married your wife 6 years ago, why sir?

When the first marriage was done I was on the mountain praying. I was told to go and pray on Olorunkole Mountain for 14 days. I was there when the message came that we should get married. She bought the ring, she bought the wedding dress and brought everything to me on the Mountain, including food. So, she married me, so I have to marry her to fulfill all righteousness. My family members were not involved, so I have to go to Kabiyeesi of Ede to ask for her hand in marriage, to make it official. You know you must live what you preach, it must be a good example of what you preach to others.

If you were asked to describe your wife, Prophetess Mary Olubori, what can you say about her?

Everybody knows your wife to be a great dancer, how do you take that aspect of her?

Initially, she was not just a dancing Prophetess when we started, because it was a struggling time for us, going from one mountain to the other. But when the ministry has grown to a point that we felt that we have planted the seed and reaping the harvest, that was when I started seeing the hidden talent of her dancing and singing prowess the way she is now. She has some hidden potential which time is now revealing.

Thank God, she is known for what is good. She just wants to be happy and I don’t have any problem with that. I told people, whenever we dance, we are not an entertainer, we are not entertaining anybody.

We are simply glorifying God. We want everybody to dance, we want everybody to dress well. I used to tell members of ROSAC that your best dress should be reserved for the presence of God, not for any other thing. Our encounter with God has always been the best thing.

We are not a mourning church, we celebrate Christ always. If you are not happy with us, you don’t have to condemn us. If you hate us because we dance and rejoice, then you can leave and go to other churches.

How did you get the name “Olubori”?

The family name wasn’t Olubori before, but God changed the name after the 40 days and 40 nights. God changed my name to Isreal and added Olubori as one of my names, but later on, about 2/3 years later, God said we should drop the family name and adopt the one. He gave me because of the covenant in that name. So, it has now become a family and brand name.

My Wife & I Complement Each Other – Prophet ISRAEL OLUBORI Tells City People was last modified: November 4th, 2019 by City People