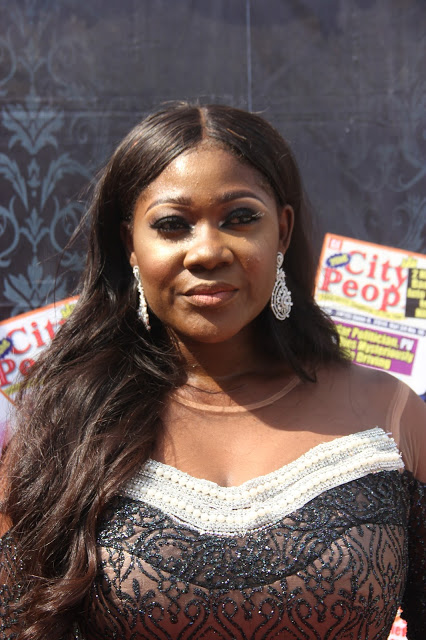 Kogi state first lady, Hajia Yahaya Bello, was honoured as the Most Outstanding First Lady of the for her pet project, KOWYEF, at the just concluded 20th City People Awards For Excellence.
The award, which was handed over in her absentia was received by her representative, Senior Special Adviser on entertainment, star actress Mercy Johnson.
The mother of three looked elegant in her black and gold gown as she steps out to receive the awards on behalf of the first lady.