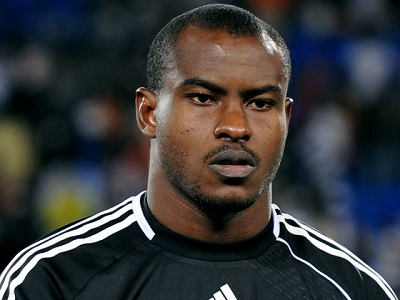 The Super Eagles will make their sixth appearance in the football showpiece in the June 14-July 15  tournament, and the three-time African champions have been facing goalkeeping crisis after their choice keeper Carl Ikeme was diagnosed with acute leukaemia last year.

The development sparked calls for  out-of-favour Lille shot-stopper Enyeama to come out of international retirement to help Nigeria at the World Cup.

However, the German has been labouring to persuade 2003 CAF Champions League winner Enyeama to return to the national team as pressure continues to mount on him to go to Russia with an experienced keeper.

Pinnick said on Thursday Rohr would decide if he wants the France-based keeper, who has yet to  feature for Les Dogues since he returned from a knee injury  five months ago.

“All the other goalkeepers deserve to be in posts (for the World Cup), (Francis) Uzoho, for one, is  doing well,”

“This could well be the big break for one of the other goalkeepers.

“But in the end it’s Rohr’s call to invite Enyeama, it’s his own responsibility.”

He said  goalkeeping coach  Alloy Agu would  be in South Africa to train Akpeyi.

“Alloy Agu is on his way to train Akpeyi at Chippa United,” Pinnick said.

“The other trainer (Pionetti) is in Spain with  Uzoho on special permission of his club.

“We also expect such for Dele Alampasu and Ezenwa.”