Nicki Minaj Lands In Court For Posting Own Pics On Instagram 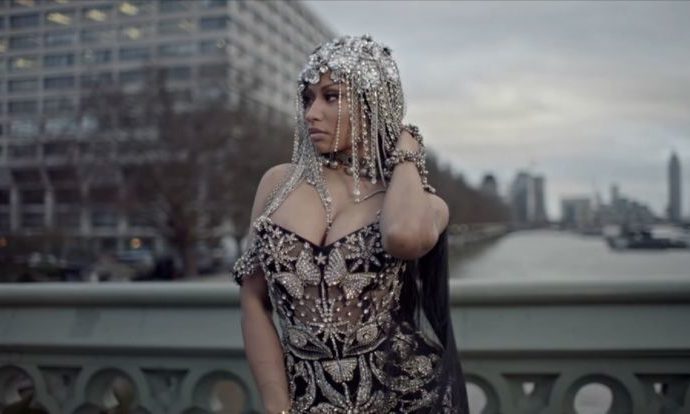 Popular Trinidad-born rapper, Nicki Minaj has reportedly been sued over unauthorized commercial use of photographs of herself taken by paparazzi in 2017 and 2018.

Paparazzi are independent photographers who take pictures of high-profile public figures such as actors, athletes, politicians, and other celebrities, typically while the subjects go about their usual life.

According to the court documents obtained by TheBlast, the 36-year-old hip-hop star used the photos for promotional purposes on her Instagram without the consent of the copyright holder.

The lawsuit, filed by Splash News and Pictures Agency, also claimed that legal notices about the infringements had been fired off to the singer — including a draft of the planned lawsuit against her — but she had refused to comply.

“Minaj uses her Instagram feed for the purpose of promotion—specifically, to promote her business interests, products, and ventures; to promote and sell the products and services of others; to maintain and increase her visibility and desirability as an endorser, actress, model, and entertainment personality; and to promote her persona and celebrity status,” the suit read in part.

“The Defendant’s unauthorized use is expressly commercial in nature. In short, every one of Minaj’s Instagram posts is fundamentally promoting something to her 91 million followers.”

It is believed that Minaj’s use of its copyrighted pictures led to a depreciation in their value — a development it claimed subsequently led to its loss of profit on the contents in question.

Nicki Minaj Lands In Court For Posting Own Pics On Instagram was last modified: July 10th, 2019 by Damilare Salami

BREAKING: Senate Goes Rowdy Over Murder Of Another Nigerian In South Africa