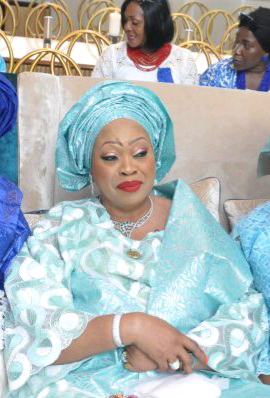 Nigeria’s billionaire mogul and Chairman, Premier Lotto, Chief Kessington Adebukunola Adebutu has lost one of his wives.The billionaire’s wife, Chief Mrs Rosemary Adebutu died Saturday, January 9 in her Lagos home.Details of her demise remain sketchy as at press time but a family source told P.M.EXPRESS that she was hale and hearty until this weekend when she suddenly developed mild ailment.According to the source, Mrs. Adebutu developed a severe cold and malaria symptom and was rushed to St. Nicholas Hospital, Lagos where she was brought in dead.The deceased is the mother of Adebutu’s popular daughter and former President Olusegun Obasanjo’s estranged daughter-in-law, Temitope Adebutu-Obasanjo.Details later….