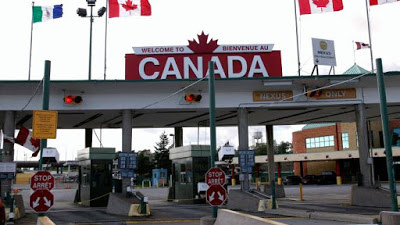 Calgary police are probing the death of a man who died following an altercation with border officers as they were trying to deport him.

Police, who have not publicly identified the man, said it will be months before full details can be released about the man’s death.

But documents from the Immigration and Refugee Board of Canada Immigration Division identify the man as a Nigerian citizen who had been engaged in a lengthy battle to stay in Canada.

The Canada Border Services Agency (CBSA) is not naming the man until his next of kin have been notified.

An autopsy performed Wednesday did not confirm a cause or manner of death. Further testing can take up to six months, said Staff Sgt. Colin Chisholm with Calgary Police Service’s homicide unit.

“We will do a complete, thorough investigation. These investigations take time, and like any investigation, especially in this investigation, we’re going to wait for official autopsy results to come back,” Chisholm told reporters at a news conference yesterday.

The man was on board a KLM flight destined for Amsterdam when he had an altercation with two CBSA officers who were trying to remove him from the country.

The altercation took place prior to takeoff from Calgary. The plane was forced to return to the gate, where the CPS airport unit was called to the scene.

Officers found the 49-year-old man in medical distress. He was rushed to hospital, where he was pronounced dead.

According to police, the altercation with the border officers took place around 3 p.m. He was officially declared dead an hour and a half later.

The two CBSA officers were taken to hospital with minor injuries. They have since been released

NINTENDO – switch online service to launch in ‘second half of September’