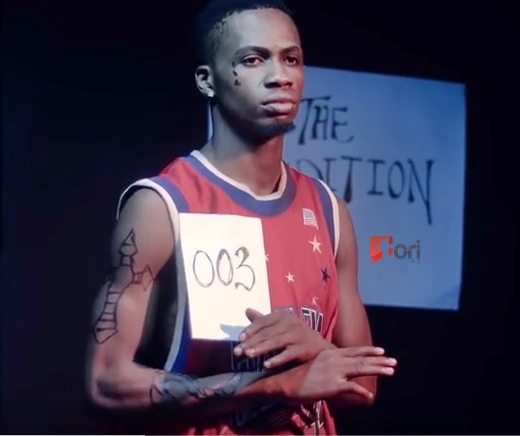 Popular Nigerian comedian and Instagram sensation, Josh Too Funny, has released a yet another hilarious, rib cracking and funny where he depicted himself as rapper in an audition.
The comedian who posed as a rapper in the hilarious clip went to a music audition and started rapping that he killed hip hop legends, 2Pac and Notorious B.I.G., adding that he will kill the judges of the audition
Here are transcript of the incident;
Dude: [Rapping]: I killed tupac and I killed biggie; I killed them all ‘çause they can’t contain my rap game; bla, bla, bla.. çause I kill you all now….
Judges: heeeeey… No, no, no, Calm down. You killed who?
Dude: It’s just a lyric. Don’t fear.
Judges: Lyric? Your lyric will put you in trouble. You have to be very careful. You don’t just go about saying things that you don’t know.
Dude: Rap game….. bla bla bla.
Judges: Ok. How old are you?
Dude: I’ve been in this game for more than 20 years.
Judges: How old are you?
Dude: I’m 15 years old.
Judges: What?
Dude: Just forget my age. Just focus on how long I’ve been in the game.
Judges: Then, you know Tupac, you know Snoop Dogg, you know 50 cent.
Dude: By the grace of God, we met in the State.
Judges: Ooooh. Which state?
Dude: Akwa Ibom
Judges: [laugh…] This guy, you’re just a joker. You know what, just go, we’ll get back to you. Take you leave jare. We’ll get back to you. Thank you very much.
Dude: Alright, expecting your call soonest. Bruv… bless.
Judges: By the grace of God, you will never receive our call… Amen!
Watch the video below;
Nigerian Rapper Says He Killed 2Pac and Biggie During a Music Audition (Watch) was last modified: June 23rd, 2017 by Arinze Ago